In Spain, they make it happen: Ronaldo chooses the new team for 200 million euros per season, the highest paid athlete in the world 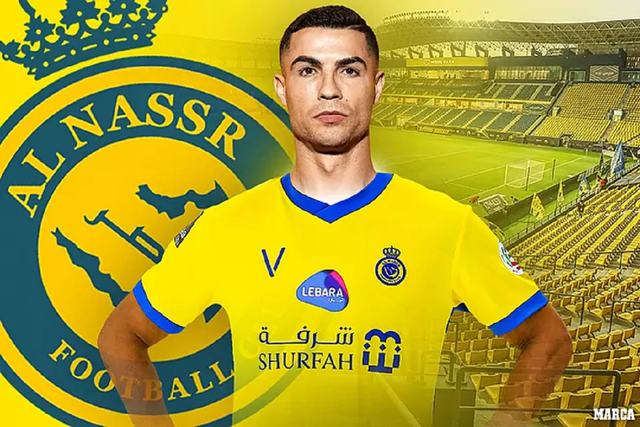 Cristiano Ronaldo will not be unemployed for long after leaving Manchester United. Engaged in the World Cup in Qatar with his Portugal, who expect to challenge Switzerland in the 1/8 finals, the five-time World Cup winner has decided to accept the monstrous offer of Al-Nassr, the team from Saudi Arabia.

Pharaoh's salary - They have been convinced of this in Spain, where "Marca" confirms the agreement with the Arab-Saudi club, whose team is led by the former coach of Rome, Rudi Garcia. "From January 1, Cristiano Ronaldo will be a player for Al-Nassr," reads the online edition of the Madrid sports daily.

- The duration of the contract will be two and a half years". The 37-year-old Portuguese striker will receive a pharaonic salary, according to "Marca": "With bonuses related to sponsorships, he will receive around 200 million euros per season and to be the highest paid athlete in the world".

Messi and Neymar at PSG are currently the highest paid in world football, but their 75 and 70 million per season are far from what Cristiano Ronaldo will receive in Saudi Arabia. Even reviewing the list of the highest paid in the US, including NBA basketball players, all remain far from the promised money for the Portuguese.

At Al-Nassr, he will meet Frenchman Rudi García as coach and will have Cantabrian Álvaro González as his teammate. The centre-back switched to Saudi football last summer after completing his contract in France. The presence of Ospina is also noticeable. The Colombian goalkeeper ended his contract with Napoli and decided to accept the Saudi proposal.

The step back he is taking in the sport is obvious, but little by little the years on his shoulders are moving him to another level of competition. He is even receiving criticism in Portugal for his performance during the World Cup, something unimaginable months ago.