Mbappé show and Giroud: France too strong for Poland, Deschamps' team in the quarterfinals 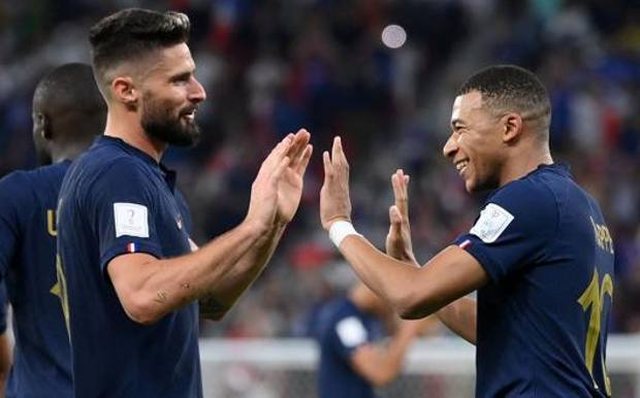 Giroud and the double of the usual Mbappé, so France waits for the ticket to the quarter-finals of the World Cup in Qatar.

Easy victory in "Al Thumama" for the team of Didier Deschamps who passed the only dangers in the first half with two chances of Zielinski and Lewandowski and then controlled every detail scoring first with a goal worthy of a bomber like Giroud and then with Mbappe's net that gave goalkeeper Sczezny no chance.

There was also time for another goal from the PSG striker who sealed his fifth this championship by climbing to the top of the scorers' list with 5 nets. 9 goals for France this World Cup where Giroud scored 3 more. In the end, Lewandowski made an 11-meter penalty that did not affect the fate of the already sealed match.

No history in a match where Griezmann also gave a lot, while Dembele on the right wing of the attack took minutes from the start giving important signals while in the second Thuram, Lilian's son who won the World Cup in 1998, entered the field giving added another new element to the world team. France will play the quarterfinal match against the winner of the England-Senegal pair.