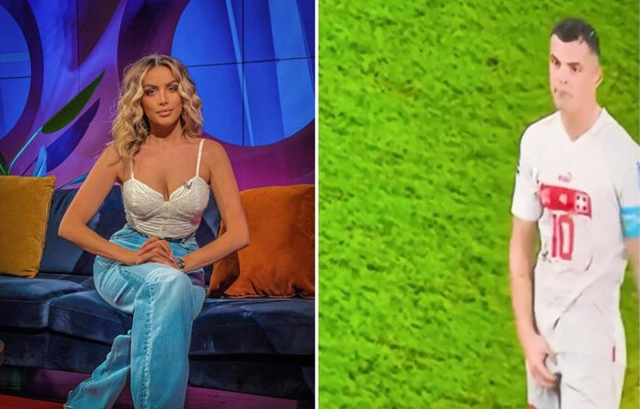 The Albanian journalist from Kosovo, Zana Avdiu, yesterday reacted revolted by the gesture of Granit Xhaka, who showed his genitals to the Serbian football players. Lawyer Arianit Koci has published some of the threatening messages received by activist Zana Avdiu.

These comments are scary and threatening for Avdiu's life, while among them there are also comments such as ' we have done more with them than Hamides ', referring to the case of the murder of the woman in KKUK.

" I have time to get together with Hamid Natan" or "... your life is going for fur" - these are just two of the many threats that Zana Avdiu is receiving. Hamidja, as you know, is the pregnant woman who was brutally murdered by her husband. There are other serious threats - dozens already, where explicit language was also used. Dirty language ", writes Koci first.

We remember that the footballer Granit Xhaka clashed several times with the Serbian footballers during the Switzerland-Serbia match, while once again Serbian racism came to the fore, since even though they were playing against the Swiss, the footballers, the coach and the fans were caught cursing the Albanians.

It is not for nothing that all the footballers of Serbia had the well-known footballer of Albanian origin Granit Xhaka at the center of their attacks.