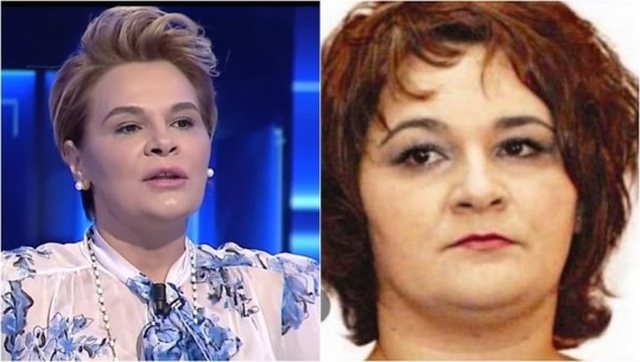 TIRANA / ZERQAN / COROVOD? - Mari-Antuaneta Testagrande can endure anything, but not the people's arrogance. The prominent scion of the Hohenstaufen dynasty from Zerqani i Dibra has expressed her disgust for this populist and bloodthirsty government many times, but as sources for the Patronageist claim, Ms. Testagrande has recently launched an aggressive campaign that will throw her into the dustbin of history this fraudulent prime minister and his followers.

"This painter has no idea about the stupidity of my people. People have no bread to eat, I tell you. I regret these cream tiles, to be honest. I know Meremja doesn't like staying here. How do they look to you, my Somna?"

"For me, as an investigative journalist, what catches my eye is the surprising contrast of the summation of the shades of the side plates with the quasi-Gothic illumination of the lights of the central mirror. However, you are right, this government is vile", answered Somnabulja with objectivity.

But Marie-Antoinette Testagrande, as an aristocrat of the people, understood that the cotton-wool criticism of these pigs went in one ear and out the other. Then she decided to roll up her sleeves, remove the moustache, do some plastic and botox sessions at a simple popular clinic in Vienna and sew the prime minister with caviar in the truss, as they say.

Thus, the first time she chose a pair of slippers from the 250 euros that the maid had left on the shelf after she was elected deputy, and went out to meet the people.

"Hey guys, how are you doing? You're dying for bread, huh? Journalist Somnabule Meço told me, but I didn't believe it. I had to dry myself in used slippers, to understand what fukarallak means. But don't worry, come September and we will throw all the concessionaires, who are robbing the state's gold and hiding it in London, into the sea".

The second time, Testagrande put on a pair of sunglasses left by the children's babysitter after she became party coordinator, simple half-eyeglasses from those 600,000 lek, and mingled with the common people again.

"They accuse me of seeing reality through dark glasses, but the truth is that this is how times have come, not you who are pocaqi denbabaden, but not even my family has bread to eat. The doctor has forbidden us because, as you know, this government has raised the level of cholesterol to the sky. You can't fight with your hands, I tell you. They pretend to lower it a little, then increase it even more."

When a real pabuk asked her not to talk about oil, Marie-Antoinette replied: "Huh! Glad you reminded me. Oil has also increased, yes!"

The third time the simple aristocrat decided to put on a pair of pearl earrings that had been forgotten on the shelf by Missi's second companion (Missi is the first house cat), after she was promoted to the organizational secretary of the party. You mean, from those 2 million lekki you find by the pound at Tiffany's in New York.

"Look, O people, where we ended up! Let's go shopping with ordinary earrings, like those brides of Zerqani in the 50s. Get up and let's fight the dog, because we are Vojokushër, Avnirustemër and Rizacerovër!"