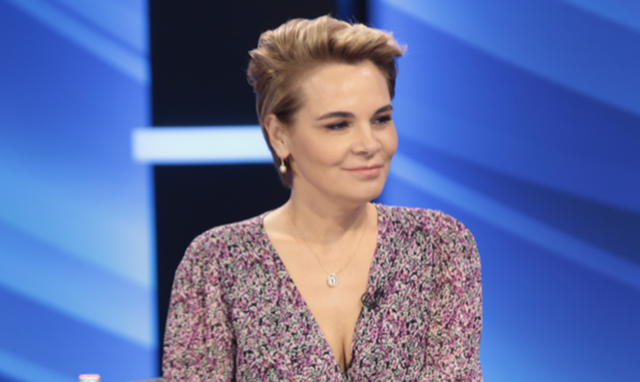 SAN MARINO - After many attempts, Patronage finally announces with professional pride that it has managed to contact the mysterious Italian doctor who performed, or mediated the performance of most of the anti-aesthetic interventions of the Albanian chief intellectual of distant origin from Astiri, Mrs. Marie-Antoinette Testagrande.

The surgeon is called dott. Giuseppe Maskalcione, has a clinic in San Marino and has agreed to speak for the Patronageist, after we told him so far and wide that, because of the trade, we know all the personal data, the addresses of the houses, the loans he has in the bank, the entrance - exits according to the TIMS system and all communications by email and/or phone that he has carried out in the last ten years, as well as some inappropriate contacts that the wife would not like to hear about. And these were only the halves of the materials we had for it.

Thus, willing to speak for us voluntarily, Mr. Maskalcione explained that in connection with the case in question, he performed a series of anti-aesthetic interventions on the face, eyebrows, neck, ears, nose, cheekbones, cheekbones, hair, narrowing of the stomach, removal of excess fat on both elbows, thinning of the toes to equal five on each foot, etc., etc.

"I made it clear that these procedures are delicate, require a lot of time, patience and even more expenses. But with the tact that characterizes him, Prof. Dr. Testagrande cut me short: Take it easy, stop talking!", claimed Mascalcione.

Next, the specialist said that the patient asked neither less nor more, but to make her naturally beautiful as her mother had done, and showed her a photo of a Victoria's Secret model: " Here, this is how I want you to make me, natural!”

The Italian doctor stated that for the interventions that he could not perform himself, he interceded for Mrs. Testagrande in very discreet clinics in Vienna, Switzerland, Liechtenstein, etc. Then looking around for safety, he lowered his voice and added:

"Actually, it's not that I couldn't do those operations myself, but I needed some time to detox from that being. He did not close his mouth even when he was under anesthesia. He wanted to make me a director in the ministry when he came to power, on the condition that I give him 50,000 euros every month. He invited me to protests in Tirana. But the climax was when he asked me to boycott my clinic and burn my diploma to bring down Edi Rama!"

While asserting with certainty that the total invoices for adjustments, grinding, grinding, sanding and polishing that Mrs. Testagrande has carried out over the years, exceed one million euros, Mr. Maskalcione announced a surprising news that took us by surprise:

"Mind you, this was just the beginning. So far we have only carried out external, superficial interventions. As it were, enough to enable the mirror not to break when Mrs. Testagrande is seen in it. Now the hard part begins. We plan to spend some 5 million euros on internal interventions".

Because he has a voice like scratched sheet metal, the doctor said, he wants to modify it and give it a more sensual timbre, but at the same time convincing and reassuring for the masses. "He brought us as a model the voice of another politician of yours, Braçe, I think his name is Erion Braçe. I don't know how much we will achieve".

But according to Mr. Maskalcione, the most difficult intervention will be that in the frontal lobe.

“Ms. Testagrande asked us to enter her mind; that's what he told us, - get into my mind - to enrich the Albanian vocabulary, since it has a hundred words in all. I want you to make me smart like my mother made me, he said. In the following, he asked us to somehow load his brain with as many books as possible, so that when he is invited to television, he can speak with book titles, quotes by authors and paragraphs of famous people".

And Dr. Maskalcione added, speaking more for himself than for the Patronage:

"I dont understand. He will give 5 million euros to start this adventure. Meanwhile, for a few hundred euros, he could buy whatever books he wanted, and read them a little at a time every day, leaving humanity comfortable!"

At that moment, a mental enlightenment came to him: " Hey, doesn't this elf know how to read and write at all?"