MIRACLE / Ed's ministers go out on the ground and are amazed: How much Tirana has expanded! 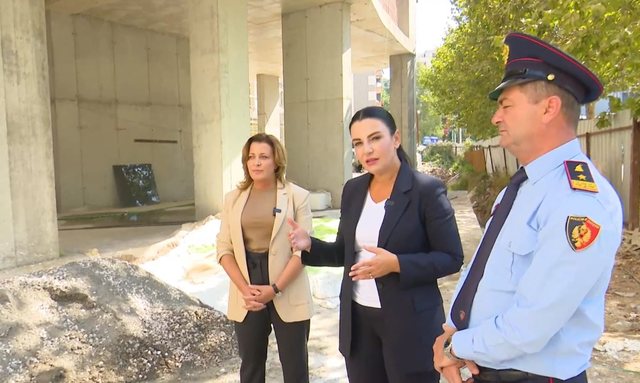 Ed's chastised officials in front of a mysterious and enigmatic palace

TIRANA - The Prime Minister had told them several times: Look, Tirana and Albania have come a long way, you can't imagine how many new constructions have been added in the capital and in the districts; even the old ones have been added a lot!

But the ministers did not listen. They said to each other: " Edi is exaggerating, as is his habit. He wants to advertise his own government, as if we don't know that those in power only brag about it!"

But after Edi gave them a firm order to go out on the ground, and especially after they realized that 'those in power' were themselves, the ministers were released to the streets of the homeland.

And here the mistake happened. Even the heads of departments were amazed at how far Albania had come. Buildings everywhere, roads, cars, buildings as you like: Long, wide, with balconies and without balconies, with double glazing, with garages and cell phone antennas on the terraces. And the ones that didn't have cell phone antennas were full of television antennas and some sheet metal barrels lying horizontally.

"They're water tanks," explained an uncle who felt sorry for those who didn't come out, " We're only removing them to go up with a pump, thank God, the government has taken measures so that the water will go down by itself."

The first to be taxed by the changes was Dallandishja. When they took him as deputy minister of defense, he had lost contact with the ground, because he spent the whole day fighting with Russia. Russians bam, and this bam-bam. But a secret order came from NATO, where Ed was told that the war could not end so quickly, but had to last a while, because that was the way it was, so he should remove the deputy minister and replace him with another, milder one. Then Eddie sent him back to his old job.

"You will go to the defense of the territory, " he said, " defense for defense, it's the same. It's just that I beat you, not with rifles, not even with cannons."

That's how Dallandishja saw her homeland again and lost her mind. " Wow, when were these buildings built? What about this neighborhood? Look, there are also shops, " she said when she arrived in Farka.

He was caught by the old enthusiasm and immediately got on the phone to have two old men come to him as soon as possible because he was going to destroy a 9-year-old school. He couldn't bear to smell the dust of decay once more. But what do you want? His mood was broken when he was told that school was on leave.

The big surprise, however, was Bella Ballukja. True, Edi had made her a kind of Jacomoneja, that is, deputy of the government, but she still spent most of her time selling and buying electricity. He stayed closed either in the office or at home. And once he had slipped under the palace to buy bread, he did not notice anything unusual.

So Bella was scolded when she came out of the dry lake. In that area, not only was a wet lake made, but also the entire surrounding land was 100% built.

"I declare with full responsibility that for me, how this palace was built here is a mystery, " Bella said confused, " even these other two adjacent ones remain mysterious." This ship-like building remains an enigma, while these three buildings on the left are a crossword puzzle. In total, this whole neighborhood is quiet for me".

Others were surprised were the chiefs of police and district inspectors. They were also breathless, each in their own areas, when they noticed how much construction had increased during the time they were meeting. Paskuqan had become a separate city. I went as well. Some areas with strange names were even invented, Fresku, Astiri... Kombinati and Tirana were united, and what's worse, films were no longer made in Kinostudio. But what put the lid on it was when they learned that Kamza had become a municipality on its own, while the trains were no longer working...

How much the capital had changed! Stunned as they were, the police chiefs decided to inform the Party Committee and the Internal Branch about this situation. Tirana, September 2022

Note: Patronageist is indeed a satirical column, but can it compete with these?