THE LAST / Scandal with the party in Jalë, the former President defends himself with tears in his eyes: I am a man too... 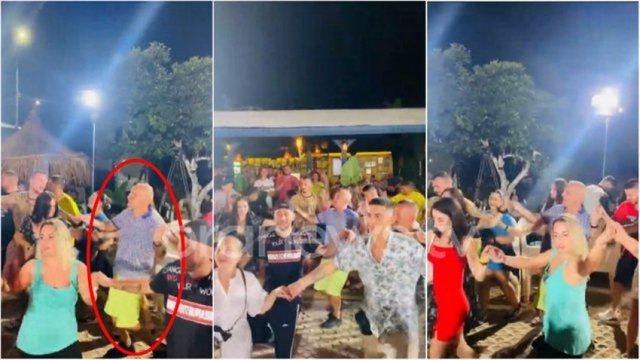 TIRANA - For those who were used to seeing the former Albanian president as loving and calm, his appearance at a press conference yesterday, a few days after the already infamous scandal on Jala beach in Himare, was a shocking sight.

It didn't take long for the social networks as well as the traditional media to crucify the former president, not taking into account that he is not a Christian but a Bektashi. "Shame", "Can a former president behave like this", "He should be fired from the former Presidency", "SPAK should act now", etc., were some of the attitudes of the press and opinion leaders.

Patronageist learns that the former president did not leave the house for several days, that is, from one of his several houses, while rumors say that he fell into depression, but shook his pants a little and got up again.

To a certain extent, it was understandable that he came out looking tired, sad and not at all resigned to the media yesterday.

With tears in his eyes, the former president declared that although he understands people's reactions, he also has the right to participate in the festivities like all people. He defended the right to be happy and enjoy life, stressing that he has done nothing wrong. The former president even declared that he is ready to do brandy analyzes in a neutral anti-doping laboratory, but not in socialist laboratories.

"Excuse me, excuse me for a second. You have fallen into the trap of Ramaforma and his scumbags who do not know how to enjoy life. I am human above all. And I said, since we're still in August, I'll throw you a Pogonish dance because, as you know, in September it will be nami. I'm sorry I'm talking now. What did I do? Did I steal anything? Didn't I kill someone? Didn't I hide money here and there around the world? Didn't I appoint people to key positions in exchange for fixed monthly payments to the party? Didn't I appoint court prosecutors for years, in exchange for protection from justice and the beating of political opponents? Or have I ever spied on someone and then, to shut them up, offered them cushy jobs until they fled the country?

None of these. I simply followed a rhythm so dear to all Albanians: Three steps forward, two steps back, a rotation in place and again from the beginning, " declared the former president.

Next, the former president admitted a small mistake. "Oh yes. I didn't have to dance so close to Titus, with all those young men and women there. I agree, this will not happen again. But I am not resigning from the former Presidency ," he said with a trembling voice.

Note: Patronageist is a satirical column without the J at the end