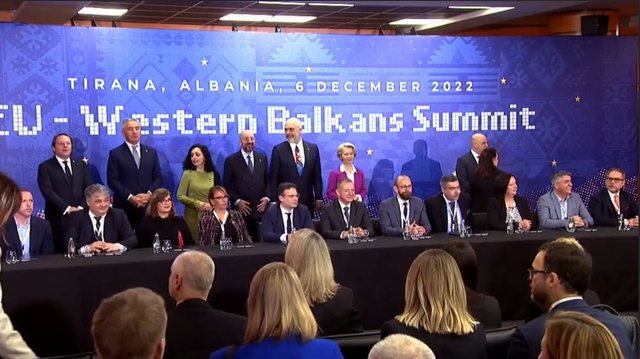 Prime Minister Edi Rama welcomed in "Italia" square in front of the national stadium, one by one the leaders of the European Union and those of the Western Balkan countries at the start of the Summit that is being held today in Tirana. The first to arrive was Oliver Varhelyi, the European Commissioner.

Experts from the EU countries have also signed the first agreement, that of "Roaming", which provides for the reduction of tariffs with the Western Balkans. It is expected that the agreement will start implementation on October 1, 2023.

This is the first signed agreement, out of 7 that are expected to be approved today at this summit.