Disappointed by the West, Sir Noel Malcolm: No coordinated strategy for Kosovo 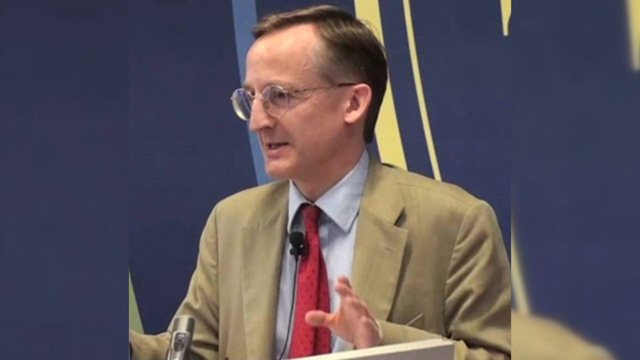 In a few months, on February 18, 2023, Kosovo marks 15 years since the declaration of Independence. Serbia, not only has not yet recognized it as a state, but beyond some agreements signed and little implemented, all its efforts are focused on how not to have a final agreement, how to undo the recognition of Kosovo and how to prevent its membership in international organizations.

Sir Noel Malcolm, one of the most vocal researchers of the history of the Balkans, author of the book "Kosova a short history" sees the West to blame for this situation where Kosovo is today.

"What I would like to say is that since 1998, the treatment of Kosovo by external parties has been mostly disappointing. Of course, there were obviously good moments: the liberation of Kosovo from NATO forces, the final support for the declaration of Independence in 2008, something extremely important at the time. But in other respects it was disappointing that the West was never coordinated in a strategy for Kosovo."

The history since the approval of the Ahtisari plan until today, according to Mr. Malcolm, shows that Serbia has never been put under equal pressure with Kosovo, when it comes to reaching and implementing agreements.

"They decided to implement the Ahtisari plan selectively. That plan had an annex in which it was stated that the files on cultural heritage issues in Belgrade's archives would have to be returned to Pristina. Have they ever made an effort to make this happen? Not at all. It has simply fallen or been involved in issues where both countries have to compromise. But in fact, when they say that the two sides must reach a compromise, my impression is that they put double pressure on Kosovo than on Serbia. Within the framework of the Ahtisari plan, Kosovo has made many concessions regarding the rights of the Serbs living in its territory, and they continue to demand concessions from Pristina, allowing Belgrade to make more demands.

But if the adage that every bad thing has a good side is true, Malcolm hopes that this will be the case for lessons from the war in Ukraine.

“If there is one consolation… one small consolation from the terrible war in Ukraine, it is that the West has woken up; to be alert now to the Russian strategy in the Balkans. I hope for the return of the Americans' attention to Kosovo, an attention that was lost after 2008. I am hoping that the western countries will be more concentrated in the region". Sir Noel Malcolm is a journalist, historian, academic philosopher and political analyst in England. As a journalist, he stood out in his realistic portrayal of the situation in the former Yugoslavia, where the bloody conflicts in Bosnia and Kosovo took place. "Kosovo - A Brief History" is the book that The New York Times called the best guide to the steps to take in the face of a fatal disaster. In addition to this book and the three imperial agents, Malcolm has also written a study on the history of the Albanians, the rebels,

Butrinti's song/ Efi asks a provocative question to Kiara: "Does it give you ...