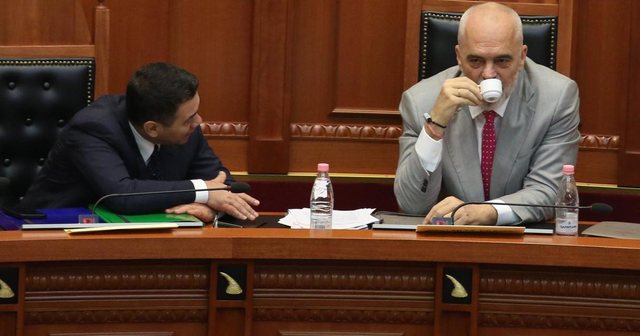 As the man who managed most of the Government's funds in Edi Rama's second term, sometimes as Minister of Finance and sometimes as a minister officially without a portfolio, but later with an expanded reconstruction portfolio, Arben Ahmetaj's name is almost all affairs officially and publicly reported to SPAK.

From tenders to concessions to reconstruction funds, there are dozens of accusations of abuse. Ahmetaj has not been officially charged so far. But the ceremonial stripping of all functions in the party and government by Edi Rama may be a signal to the contrary.

Rama may have been made aware that his former right-hand man in the government is opening the pie with justice and taking him as a defendant in the official state or party suit is an electoral cost for the socialists.

For this purpose, with Ahmetaj's departure, the Chief Socialist, if not eliminating, at least mitigates the collective responsibility of the Socialists and the electoral costs in the face of the upcoming local elections.

Ahmetaj has long become a burden for Rama's government, but if this burden could be faced until 2021, with the consumption of power and in the face of an opposition that is at least officially giving signals of unification in front of the SP, the cost cannot be was more affordable.

These are the electoral calculations, while the accounts with the justice of the 'Tiger of finance' are open and today it seems more like a matter of days to explode.