Flamur Noka is irresistible when he talks about the "Primaries", Ylli Rakipi: Answer the gentlemen who contest them?

SAMITI/ Osmani from Tirana: Europe should move from words to deeds

Who is Giorgia Meloni's partner, journalist and leftist: I hope he votes for me... 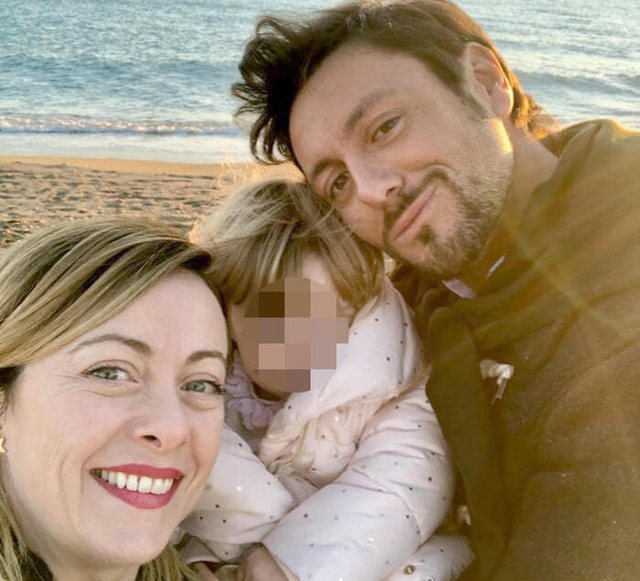 The leader of the Brothers of Italy Party, Giorgia Meloni, has won the general elections.

She is expected to be Italy's first female prime minister, leading a far-right government since Benito Mussolini's fascist era.

Through a post on social networks, Meloni stated that with this victory of the right, history has been written in Italy.

She has dedicated the victory to the militants of the party and to those who have supported her in her journey, but also to her partner.

Her biggest opponent in politics is her partner and the father of her only daughter. The Italian far-right star's partner has completely opposite political beliefs from Meloni.

41-year-old Andrea Giambruno is in favor of the legalization of cannabis, he is a journalist and has leftist beliefs. In the past, Meloni quipped: "He is a leftist, I hope he votes for me in the elections."

If Meloni takes the post of prime minister in the third largest economy of the Eurozone, then all eyes will also be on Meloni's partner according to foreign media.

Meloni and Giambruno first met on the backstage of a TV show. Giambruno has told Italian media that Meloni mistook him for a show assistant. They were united, as she says, by the show "Quinta Colonna".

"I don't know, our eyes met for the first time and I felt something strange. From that moment I started flirting with her", said the journalist about his right-wing partner.

"Andrea is a fantastic father, he is very involved with his six-year-old daughter. He spends a week in Milan every month, but when he's here (in Rome) he almost always works evenings to be around his daughter all the time. One helps the other, we complement each other", says Meloni.

She admits that she has sought his opinion on various matters, but only up to a point.

"When we are together, I try to leave politics out, to detach myself. It is not easy because he is also watching all the discussions. We discuss same-sex couples, moral issues, the legalization of soft drugs... We don't think alike," said Meloni.

Giorgia Meloni's party, founded in 2012, has its origins in a post-war movement that arose from dictator Benito Mussolini's fascists.