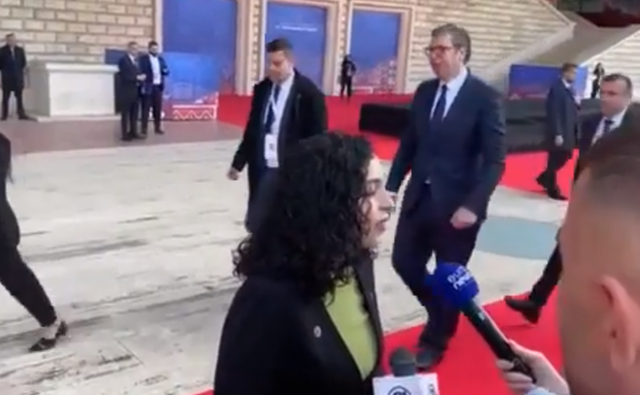 Kosovo President Vjosa Osmani arrived among the first at the EU-Western Balkans summit that is being held today in Tirana. In a statement to the media, Osmani stated that the President of Kosovo, Vucic, is a product of an old mindset that led to the killing of 150,000 civilians.

Ironically, while Osmani was accusing the president of Serbia, he arrived at the summit and passed very close to Vjosa Osmani.

During her speech, Osmani emphasized that "Kosovo is showing the opposite of what Vucic is showing, extending the hand of cooperation and why they have not apologized for the crimes they have committed" and believes that dialogue is the only way forward forward.