New York Times: McGonigal is being investigated for the $225,000 he received from the former Albanian agent

The death of the young Albanian in the Serbian prison, Artani had Adem Jashari and the KLA emblem tattooed on his chest 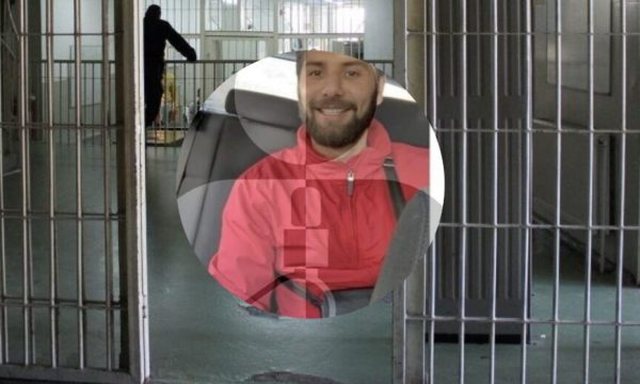 6 days ago, on November 30, it was reported in the Norwegian media about the death of a Norwegian citizen in Serbia. Little information has been provided by the Foreign Ministry of Norway, but the suspicions are that it is about a Kosovar from Peja, named Artan Zymberi.

The uncle of the deceased, Nexhat Zymberi, said that the whole event had started a year ago, when Artan Zymberaj was arrested by the police, for possession of some tablets, which according to Zymberaj, those tablets were illegal.

Zymberaj was sentenced to 3 years in prison, but according to him, he would be transferred to Norway after December.

The deceased had been in this prison for a year, but according to Nexhat, within this year they had never had contact with Artan, nor had they met, as the prison's reasoning when they contacted the family members to ask about Artan was always: "here the boy doesn't want to talk to me, he's not there, he's in training."

All their suspicion of Artan's death is because he had a tattoo; "Adem Jashari on his chest, Skënderbeu on the other side, the eagle, and he also had the KLA emblem."

According to the medium norvegjezvg.no, the Ministry of Foreign Affairs of Norway has been aware that a Norwegian citizen has died in Serbia.

This is what the senior adviser of the ministry, Lars Gjemble, told the medium.

Apart from sharing the information that his relatives have been informed, the Foreign Ministry has not been able to provide more details, Gazeta Express reports.

Tonight, the Zymberi family from the city of Peja, but residing in Norway, announced that their son, Artan Zymberi, died in the Serbian prison, more precisely in (Sremska Mitrovica).

According to the family's suspicions, Artani was killed in this prison, only because he had tattoos of Adem Jashari, the KLA emblem, and Skenderbeu on his chest.

The death of Artan Zymberi was confirmed by the father of the deceased himself in a statement for Periscope, who said that "yes, the news is true, we are now in Kosovo, we are going to Belgrade to take the corpse, and to went to Norway".

He was in Sremska Mitrovica prison. It is a prison for Serbs. I have looked everywhere in the information, this incident happened 1 week ago, where there was a fire there, and 4 guards were injured and two prisoners were sent to Novi Pazar to recover. We do not know if this could have been a part of this event.

No contact since 1 year, the boy won't talk to me, he's not there, he's in training. We haven't had any contact for 1 year.

We suspect that this one had Adem Jashari tattooed on his chest, Skënderbeu on the other side, the eagle, and the emblem of the KLA. He didn't even know the Serbian language because he was born and raised in Norway. They have doubts that the Serbs are doing everything.

The wife of "Maestro" is in tears: When Armaldo comes out...