"They were raped and kept quiet about being abandoned", real stories of violence from the war in Kosovo 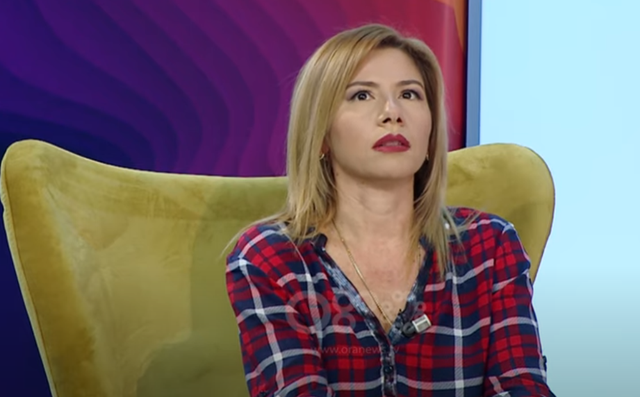 The director, Klodi Kadillari, in an interview on the show "Live with the Clock" told about the real stories of Kosovar women during the war.

She documented them and managed to make a short film, the film "The Witness".

"These are stories that have been collected through my work over the years after the war, they are real stories of the trauma left by the war," she said.

Klodi Kadillari:  Violence and rape do not differentiate and compare. The Serbian soldiers did not ask who you are. They have simply opened doors and fulfilled personal desires. They are stories that have been collected through my work over the years after the war, they are real stories of the trauma left by the war. It doesn't matter what technology, camera you use, what matters is the story.

How was your personal involvement in these stories that were made into short films?

Klodi Kadillari:  What I noticed in the areas where the biggest rapes took place was the silence. They thought that the walls side by side. What stuck with me is not that they just let them be raped, but that they were abandoned. When your husband closes the door and you turn to your family, but the family does not accept it, this woman is at that big intersection. I collected these stories and told them in that narrative.

Klodi Kadillari:  This is the key to success that I was able to be a part of sharing their stories. Even when I went to the aesthetics centers, I went deliberately because I wanted to know about the opinion that existed. The question and answers were spontaneous.

What story stuck in your mind that hurt you as a listener?

Klodi Kadillari:  One of the stories and now that you asked the question, I look forward. She is a raped lady, her husband was killed and she was found in the morgue. She was 6 months pregnant when this happened. She had given birth to her son and when she was telling me how she had experienced this crap, we were in the kitchen and the boy came in with his father's portrait wearing the KLA uniform and told me this is my father's portrait. I asked him where did you see your father? He said I saw him in a dream, I told the professor and he made a portrait of him.

What was the process of getting these stories?

Klodi Kadillari:  It is the tension and the space part of setting the scenes. The most difficult moment was when I was shooting in Gjakova in a house where there were the costumes of a man and a woman and a cane. And there is that raped girl who seeks support from her parents, but her parents were dead. I touched the suit of the man I thought was my father and a month later I lost my father for real. It is the pain of those women but also my pain in this suit. A raped woman is at a crossroads where she apologizes to her husband for what happened.

Klodi says that "The film will be seen in different cities of Kosovo as well as at the Human Rights Festival".