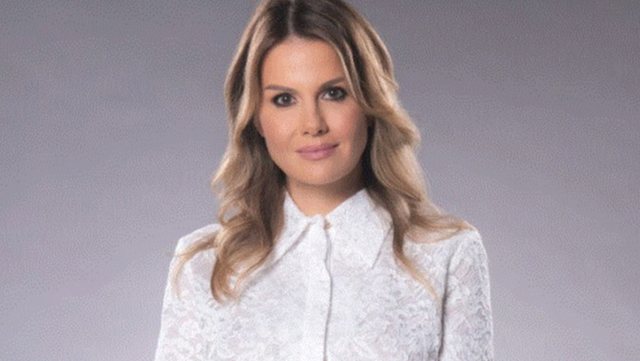 Maja Nikolic, a Serbian singer, said that Xherdan Shaqiri sent her a video of her undressing while listening to her songs in the Serbian language. She said that the Albanian players should apologize to the Serbian players and should be ashamed of their gestures. theirs in the field.

The singer originally from Serbia is known for her patriotism and the defense of Serbia, which she has shown more during this World Cup and the defeat of the Serbian team in the match she had a few days ago with Switzerland. As a big fan of football, who has followed the matches of the national team in the World Cup in Qatar very carefully, she said that the behavior of the Albanian players against the Serbian ones is inexcusable and they should be punished for listening to her songs without first apologized to the Serbian team.

During a show, he also commented on the gesture that Xherdan Shaqiri made towards the Serbian players, during the match between Serbia and Switzerland.

"Football is a big thing for me. I support and love them so much that I was ready to sing for them for three days if they managed to defeat Switzerland", said the singer.
Further, Nikolic added to Grand Online:

"What people don't know is that Shaqiri sent me greetings from the dressing room where my songs were playing. You told them not to greet me casually, but not to anyone until you publicly apologize to us, shame on you, I'm a patriot, how can you greet me?"