"He called her all night from the hospital", says Hamide's roommate: She told him that the child was hers 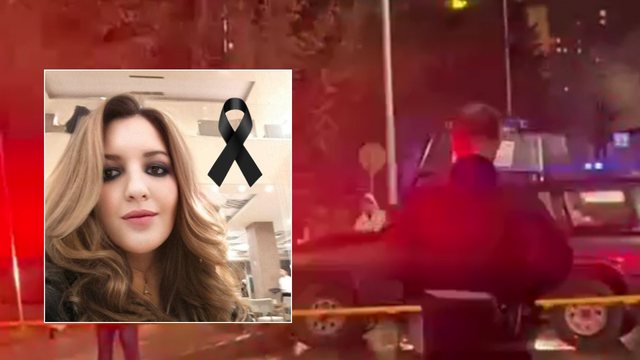 More than 14 hours have passed since the gruesome murder of Hamide Magashi by her ex-husband, Sokol Halili. The killer of the woman from Lipjani is still on the run after the murder of the 35-year-old woman in the yard of the KKUK. Indeksonline has contacted one of the pregnant women who had contact with the deceased in recent days.

She said on condition of anonymity that her ex-husband, Sokol Halili, was at the KKUK the night before and invited him several times to come out to the gynecology yard to contact him.

"She told me that she was separated from her husband and had constant problems even during her pregnancy because he contacted her constantly. The night before the murder, he called her all the time to go out to the yard, but she refused to go out. He also briefly told me what he said to his ex-husband. He told me that he wrote to her that he doesn't want anything from her and that the child is hers", said one of the friends of the gynecology ward under conditions of anonymity.

Another witness of the case has told how the murder of the pregnant woman happened in the courtyard of Gynecology, in KKUK.

He says that Halil came completely calm and committed the murder, Insider writes.

Before firing three bullets at the victim, the witness says that no conversation or chat was heard between the couple.

"I came from the traffic without walking, in a second this gentleman approached, there he jumped alltia, she fell to the ground and the gentleman ran away to the other side. There is not even a hint of speech, it's very simple," says the witness of the case.

The 35-year-old (Hamide Magashi) who was killed today by her ex-husband (Sokol Halili) was nine months pregnant.

She had told the nurses that she was going out to the kiosks in the courtyard of the KKUK to buy groceries.

After she had done her shopping, she sat down to rest for a while at the seats in the Gynecology courtyard.

Her ex-husband appeared there, who killed her with a firearm./expres