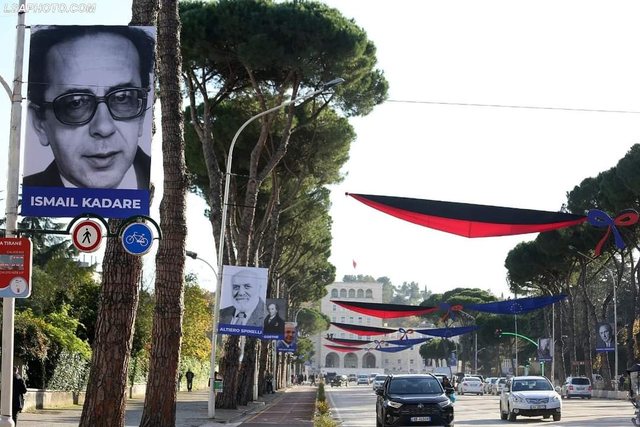 December 6 will be marked as an important date in the history calendar of the end of the Albanian transition.

And who would have thought that after centuries of history of rejection by the West and not only, the European chancelleries would sign the reaffirmation of a nation at the table of the Albanian state.

Below with an Albanian capital sign with invaluable contribution not only literary, but also political.

We have already entered the conversation. After the greetings, which we call "casual", but which make a house a home, Ambassador Alickaj begins to tell about a meeting he had with his counterparts from the Balkan countries, where Kosovo was discussed:

"Everyone spoke, except for the Belgrade ambassador, explains Aliçkaj. Then I asked the Serbian counterpart directly: And you, what do you think? And he answered me: Here, what my fellow speakers said".

"And you, what did you say?!", he addresses the ambassador, who carefully lays out his entire argument. And it seems to me that I am reading in his mind a sincere wish that the diplomat had given the best, most deserved answer. He would enjoy it, obviously.

The point is that now Kosovo is no longer a Yugoslav issue, and it must be left out of this frame".

"Here, this must be said to the one from Belgrade," Kadare's voice takes on tone. They must understand that they have lost not only the political right, but also the historical and cultural one. Serbs have remained isolated even in writing, not in other things. A century ago, Albanians had two Latin alphabets, that is, two European alphabets. Since the time of Buzuku, Albanian has been written as in Europe. Do you know that the Internet turns the letters of the Cyrillic alphabet used by Serbs into unintelligible signs".

Kadare seems to seek our approval with his eyes.

I. Kadare thinks that there has never been a higher moment for Albanians. This is the apogee. Albanians have never been so dynamic and energetic in the region, they have never had as much influence and power "to make themselves" as now.

"You diplomats, what do you think?" he addressed to Ambassador Aliçkaj.

"It's a bit complicated, he says, there are different and opposing opinions, that's what always happens when a border is set."

But the writer in this discussion does not intend to agree easily.