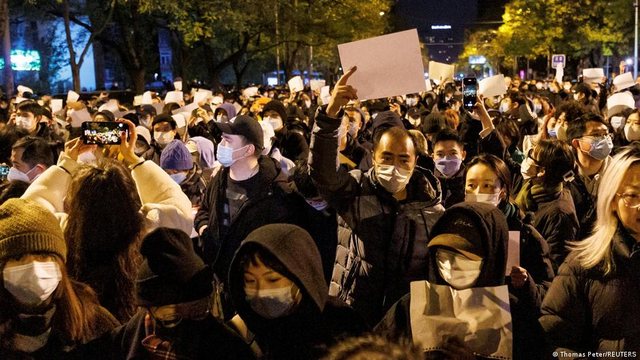 Protest after the fires in Umruqi

China has not seen such large-scale protests and demonstrations for decades. The head of the party and the state, Xi Jinping, is increasingly being criticized, says Alexander Görlach.

The images spreading around the world are impressive: For the first time since the pro-democracy protests of 1989, a resistance has been created in the People's Republic of China against the policies of the Communist Party and its rulers. To Xi Jinping, personally.

People cry "China needs no king" or "Give me freedom or bring me death!"

Incumbent Xi, who secured office in October for a third piece of legislation opening the door to lifelong rule, is feeling let down. The government's response did not take long: on Tuesday night, the intervention of a large number of police prevented the gathering of people in Shanghai and Beijing again.

The Communist Party seeks to extinguish the fire of protest

In the areas near the places where the demonstrations took place, people's mobile phones were checked, to see if there were any photos or videos taken during the protests. Authorities were able to track down who had participated in the demonstrations, possibly through facial recognition software. The police went to people's houses and questioned them. Journalists who reported on the protests were also arrested. Universities in Beijing and Guangdong province sent students home for extraordinary holidays. Thus they are kept away from participating in other actions, such as night watchmen. It is expected that those who remained in the dormitories will receive punishments. 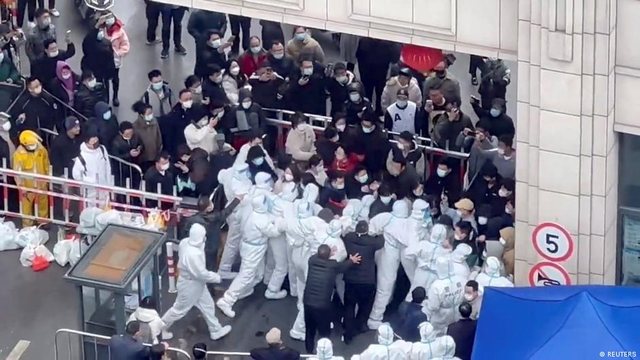 The difference with the protests of 33 years ago is that only a few thousand people have participated so far. Therefore, it is thought that the leadership intends to extinguish the fire from the spark. It is generally thought that the protests will further swell the ranks of the Communist Party's 94 million members. But the protests show at the same time, that many of the lies that the leadership serves to the people on a daily basis, are no longer eaten. So for example the routine blaming of foreign countries, meanwhile a standard formula used by Xi, is something the demonstrators laugh at.

The "Guardian" newspaper quotes a person who participated in the Beijing protests as saying: "We cannot travel abroad, we cannot consume foreign media. How then can we be encouraged by other countries to protest?" Others also approve of what he says, but in a more serious tone: "Who started the fire in Ürümqi, foreign forces?", "But for the bus disaster in Guizhou, who is to blame, foreigners?" Ten people lost their lives in a fire in Ürümqi; in Guizhou 27 people died when a quarantine bus had an accident. Demonstrators complain that people have lost their lives due to the measures taken against COVID, and they blame the Communist Party and Xi.

Xi Jinping has lost his way

Both students and employees participated in the demonstrations. On campus, students shout "Down with the Communist Party!", on the street they shout "No more COVID-19 tests! Freedom!" Their calls prove that with his "Zero COVID" strategy, the incumbent Xi Jinping is wrong. His ideology is to blame for this: Being the Emperor of the Center, China does not need the rest of the world, say his ultra-nationalist views. But the world cannot do without China. It is Xi's duty, to save the world, to return the People's Republic to its rightful place, at the center of world events. 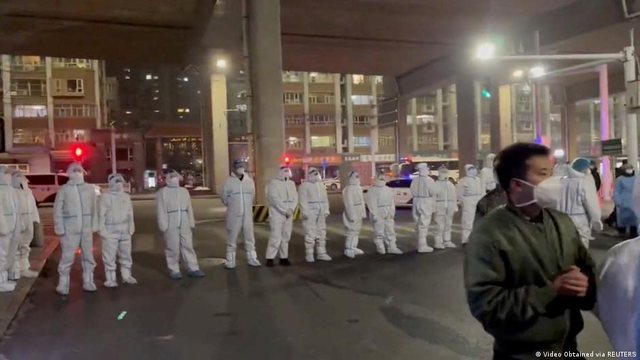 China: Both students and workers participate in demonstrations

Whoever thinks and speaks like this cannot buy vaccines from other countries in order to set the milestones so that with an effective vaccination campaign, quarantine and restrictions can be put to an end. Therefore, according to Xi's will, people stay in isolation for up to 100 days, locked in their homes, when a state of Lockdown is imposed. The dimensions of these Lockdowns are very large: On November 23, 415 million people were in isolation, a week ago there were 340 million, with 28 thousand new infections per day.

These are not the first protests this year

The images seen on smartphones and screens around the world show that these are not the first protests to take place this year against Xi's government. Non-governmental organizations have counted since May 18 735 demonstrations, but only 50 of them have been organized against the measures taken for Corona. About 230 protests took place at the beginning of the summer, when the real estate market crashed and thousands of people feared they would lose their savings to buy the apartments. Other reasons for the protests have been a banking crisis, in which those who had deposited money in the bank were not allowed to withdraw their money. And because of the COVID pandemic, the economy has crashed, raising youth unemployment in China to around 20 percent, an all-time high. 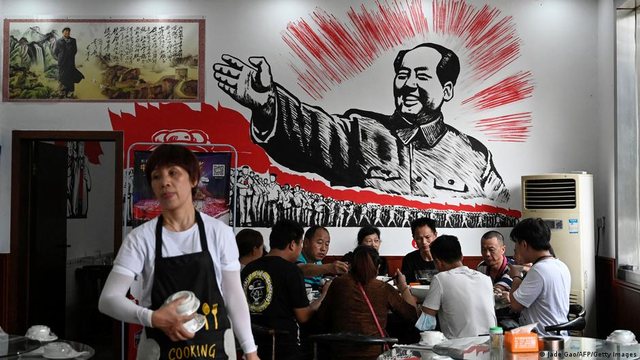 China: Admiration of communism continues to be great

On Tuesday the demonstrators withdrew, marking a victory for the Party. But there is hope: During the Communist Party's anniversary celebrations in October, a lone protester unfurled a banner on a bridge in Beijing, calling for the "dictator and traitor Xi" to step down. The banner was greeted with car horns and applause from the crowd. From a single person in a few weeks several thousand people became courageous. Next week hundreds of thousands can be made, in a month a million. Unless fundamental changes are made to the nomenclature policy for COVID, then the protests will continue and the violence will escalate. The louder the call for freedom becomes, the more conceivable the end of the Xi era becomes.

Alexander Görlach is a senior fellow at the Carnegie Council on Ethics in International Affairs and a research associate at Oxford University's Internet Institute. He has held various positions at Harvard University and Cambridge University./DW

Butrinti's song/ Efi asks a provocative question to Kiara: "Does it give you ...