The US warns of possible terrorist attacks in Turkey

Strong accusation against Braça: The government has given a businessman 110 hectares of land for the park of Divjaka 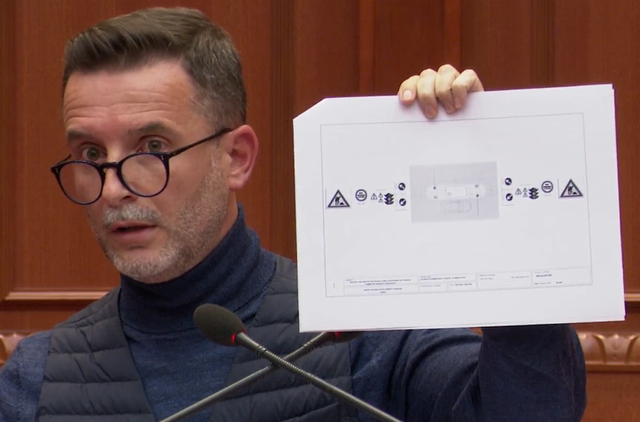 Deputy Erjon Braçe has made strong accusations against the Minister of Tourism Mirela Kumbaro and against the deputy of the DP Ilda Dhori, regarding the statements made in the Assembly about the installation of the beam to make the entrance to the Divjakë-Karavasta National Park pay.

From the floor of the Assembly, Braçe stated that the concern of the citizens of Divjaka is not related to the VKM signed by him, but to an authorization from ARRSH. He said that the articles do not allow the national roads and national parks to be paid.

He threw accusations at a businessman who has invested heavily in the Divjaka park without mentioning names. Brace stated that he doesn't have a palace or anything inside the park, but he is different.

The Socialist MP further added that the SP Government has given one person 110 hectares in Kular, without specifying to whom.

"Taxes are not collected by coupon. Divjaka has no swans. It is the other lake that stands out for swans. I have a hard time but I have to formulate this question. Why do you lie? The concern that arose in Divjakë is not the connection with VKM signed by Erion Braçe.

It is related to this authorization issued under pressure by ARRSH that authorizes the performance of works on the Divjakë-Plazhi Divjakë road section as a financing that allows the company to carry out these works. The problem is this authorization that brings to attention another decision of the Council of Ministers that defines the inventory of national roads in which the road Kthesa e Çermës-Divjakë, and Divjakë-Plazhi i Divjakë are defined as national road axes.

Brings a decision of VKM 12.30.2021 that determines the inventory of road axes. In both articles of VKM, the placement of a beam on a national road or national park is not required and is required.

This decision should have been issued in May 2020, but it did not appear that I issued it at least 6 times from the Council of Ministers.

I listened to the deputy and I want to tell her that in Divjaka there is no fight for lek between the authorities. The money that is taken from the park is money to ride the tower and park the car on the sand strip because the Municipality does the cleaning. There is no fight that this deputy that you see here, does not have a palace inside the park. I'm not the one who has the second building in the park, it's someone else. If you want, I will continue the conversation. I am not the deputy who has a resort in the park. Next, I don't have any cousins ??who have the same acreage that is next to the resort. I don't have a tribe at all because I have 110 hectares in my kular. You pretend to fight with this government because you got those 110 hectares from this government." said Brace