One in six people is at risk of poverty in Germany 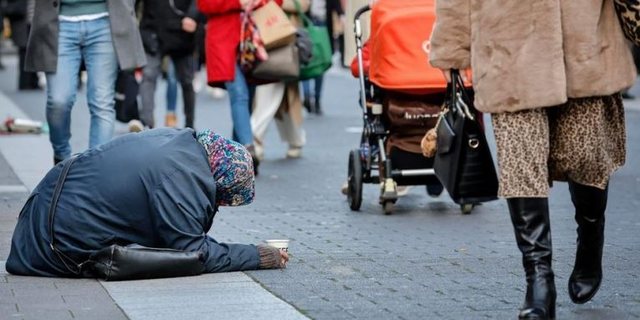 Last year, about 13 million people were at risk of falling into poverty in Germany. As the Federal Statistics Office has announced, families with one parent and people living alone are mostly affected.

According to the EU definition, a person is considered at risk of poverty when they have less than 60 percent of the average income of the entire population. In 2021, this threshold was €15,009 net per year for a person living alone in Germany, and €31,520 net for two adults with two children under the age of 14.

In contrast, people living in a two-adult household with three or more children had an at-risk-of-poverty rate of 23.6 percent, significantly higher than the national average. At 16.2 percent, children and youth in Germany were more at risk of poverty than average.

Last year, based on the prevailing activity status of persons aged 18 and over, almost one in two persons was at risk of poverty in the unemployed group, or 47.0 percent. On the other hand, this proportion was only 8.6% among those who performed a professional activity.

For retirees, the at-risk-of-poverty rate was 19.3 percent. Among women aged 65 and over, the risk of poverty was significantly higher in 2021 (21.0%) than among men in the same age group (17.4%). The lower income of women compared to men is explained, for example, by the interruption of the professional career and thus by the lower pension rights, explained the Federal Statistical Office. A total of 16.5 percent of women and 15.1 percent of men were at risk of poverty in 2021. DW