We bought less fuel, but we paid 185 million euros more 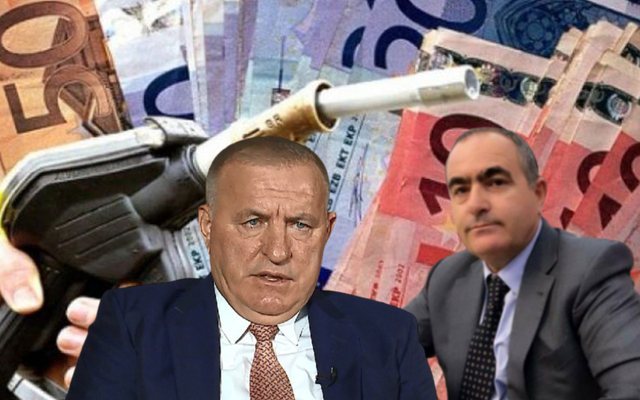 Although they are consuming less fuel due to high prices, Albanian consumers are spending much more to fill up their vehicle's gas tanks this year.

According to data from the Ministry of Finance, oil trading companies have imported 9.2% less fuel during the first nine months of this year, compared to the same period of the previous year.

The opposite has happened with the expenses of Albanians, who have paid an average of 26% more for fuel in one year or about 185 million euros more to buy less fuel in quantity.

The figure was calculated by Monitor, based on monthly imports according to data from the Ministry of Finance and the average monthly oil price, published by INSTAT.

On average, about 20 million euros more are spent every month to buy oil or gasoline, with the highest levels recorded in the June-September period, when there are more movements due to the tourist season.

In January and February, fuel consumption showed an upward trend in quantity, with 13 and 8.4%, respectively. In March, after the start of Russia's attack on Ukraine, oil prices rose sharply as a result of problems that arose in the global supply of this product.

Oil jumped in the country from around 185-190 Lek at the end of February to 235 Lek in the first days of March, being 42% more expensive than in the same month of the previous year. Even after the establishment of the Transparency Board, fuel continued its upward trend, culminating in June, when the average price reached an all-time historical record of 254 ALL per liter.

In the following months, the trend was in a decline, but slight, reaching in September at 225 ALL/liter, the lowest level since February. But again, oil was 34% more expensive than September of the previous year.

The strong increase in prices significantly affected consumption. Since March, fuel imports, according to data from the Ministry of Finance, recorded a decrease that fluctuates on average between 10 and 20% less (see graph: Imported fuels by month, January-September 2021-2022).

The contraction was stronger in the summer months, which, according to market operators, was mainly influenced by the fact that foreigners arriving by car did not refuel at Albanian fuel trading points, but before entering the border, due to the differences in high in prices.

For the first, Albanian citizens have paid at least 700 million euros and for the second 890 million euros. For the calculations performed, the Monitor is based on the reports on the import of the main excise goods, the translation of the quantities in liters (1 ton of oil = 1120 liters of oil) and on the value and average prices of oil and gasoline, referring to the official data of Instat and the Ministry of Finance.

The demand distortion and the degree to which higher prices affect Albanian consumer behavior as a result of rising fuel costs may not yet be set in on a large scale, but the impacts are beginning to be felt across the economy.

Higher fuel prices mean not only money taken out of the pockets of Albanian consumers, but also increased costs for companies, which pass this cost on to the final product or service for the consumer.

Russia's invasion of Ukraine was the latest catalyst to push crude oil higher, but in fact prices were on the move even before the war.

Increased energy costs have been the main factor in the emergence of high inflationary figures for decades, which translates into higher prices for all types of goods and services. Even before Covid, energy producers under pressure from low prices and shareholders cut investments and less profitable projects.

Then, during the epidemic they further reduced production when they saw the need and demand for petroleum products drop. People weren't going anywhere, demand dropped so suddenly that crude oil and businesses were closed, so less fuel was needed.

Since then, economies have reopened, manufacturing has revived, and people are getting into their cars and flying again.

Oil on the stock market reached over $130 per barrel in March, at the start of the war, then fell slightly, to peak again in June at around $120 per barrel. The trend has then been steadily downward to currently reach around $90 per barrel, at pre-war levels.

Although the price of oil on the stock market has fallen significantly, in Albania the prices continue to be 20% higher than in February of this year. Market actors explain this difference with the change in the import situation, which has increased other costs, the dollar's appreciation against the lek.

According to them, the intervention of the Board with the periodic fixing of prices has influenced the maintenance of expensive fuels, since traders fail to optimize purchases for long periods of time.