'Black Friday' in the US: Record online sales despite high inflation 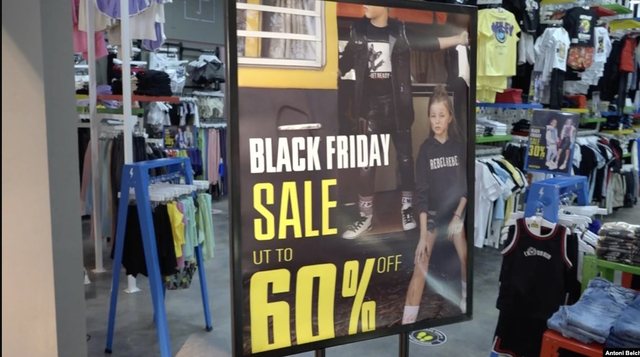 'Black Friday' in the USA

Americans spent a record $9.12 billion online on what is known as 'Black Friday', the day after Thanksgiving, which kicks off the holiday shopping season in the United States with steep price cuts. According to a report published on Saturday by the company 'Adobe Analytics', spending on the Internet increased by 2.3% even as consumers were facing the pressure of high inflation. It seems shoppers have been unable to escape the temptation of deep discounts offered on everything from smartphones to toys.

Adobe Analytics, which measures e-commerce by analyzing purchases on websites, has access to data covering purchases at 85% of the top 100 companies that trade online in the United States.

Adobe Analytics had predicted that sales during the day would increase by a modest 1%.

A day that is also associated with huge price reductions is what is known as 'Cyber ??Monday', the first Monday after Thanksgiving. Adobe predicts that Monday will also mark a high volume of purchases, with Americans expected to spend about 11.2 billion dollars.

Expectations were that shoppers would flock to stores after earlier restrictions caused by the pandemic, but Friday morning showed less movement than usual at malls, with exceptions in some parts of the country.

Americans used their smartphones to make purchases, and according to Adobe, mobile purchases represented 48% of all online sales on Friday.