The plan of measures started in September/ Security higher than during George Bush's visit. Ministers are temporarily removed from their bodyguards 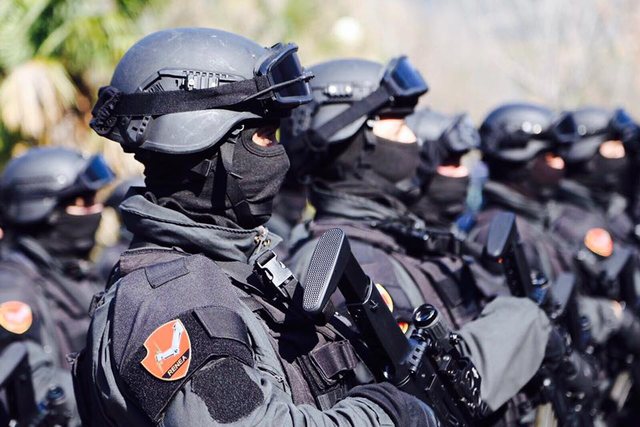 More than 700 police officers of anti-terror, traffic police, crimes and order services are planned to be on alert in the capital during the hours in which the European Union-Western Balkans summit will be held.

Considered as one of the plans of the measures launched from September 2022, sources tell Gazetasi.al that it is more strict than it was during the visit of the former American president George Bush, a visit which was accompanied by measures of strong checks and traffic jams that were actually run by the Americans themselves.

This time it is reported that the foreigners have been clear in their demands for blocking the roads from Rinas to the place where the meeting of special importance for the country and one of the most important in Europe will be held on December 6.

It is unofficially reported to Gazetasi.al that a week ago a group of experts visited our country to learn the movements and escorting of foreign dignitaries, and this group was from France and was taken care of since the president will also participate in the meeting French Macron.

Along the perimeter of the arena, nearly 330 police officers will be on duty to guard the 35 high-level delegations from the member states of the European Union.

According to the sources, it is expected that Rinas will be in full readiness as from there they will travel through the national axis Rinas-Sauk, the Elbasani Road, the delegations of France, Greece, Spain, Belgium, Italy, Luxembourg, Germany, Belgium, Estonia, Latvia, Malta , Holland, Denmark, Ireland, Portugal, Austria, Slovakia, Croatia, Cyprus, Bulgaria and Serbia (if Vucic will come).

Several other delegations are expected to enter Albania and travel to the capital by land from border crossing points in the north of the country.

While the guard will be all on standby, it should be noted that the ministers and Rama's cabinet have had their bodyguards halved for the protection of high state dignitaries and they have temporarily moved according to the precise schedules drawn up during these hours for accompanying the delegations.

Just as they have encountered difficulties in finding specialized drivers and vehicles of particular importance that temporarily some of them have been removed from the police, of the Range Rover nature, and will be used to accompany the most important people in the country.

Planning to restrict the outer perimeter and block all access roads, the checks culminate during these hours with the anti-explosive groups sifting through the Arena and the main roads that are taken into custody from 14:00 this Monday and until the summit ends. .

The parking lot of the Rinas airport, the Vip entrance, has been secured and will be carefully controlled, just as it is planned that the special operational forces will be put into action with the task of keeping Skënderbej square under surveillance as civilians, Dëshmorët e Kombit Boulevard, ex- Block and Mother Teresa Square.

Most of the roads are blocked until the late hours of Tuesday according to a map that is considered with three hotspots where the high number of traffic policemen who will provide the escort and which according to exclusive sources of Gazetasi.al will be mixed with Eagles and crime police, while Renea will be stationed in invisible services in the Arena area, very reliable police sources claimed.

Of course, the armoring of the capital has not escaped even an order to announce at the border points and to distribute the photographs and names of persons with extremist tendencies, this is also a very secret plan that in any case if their movements are watched there is an announcement in the central directorate with headquarters in Tirana./ Gazetasi