The appeal returns the case of the murder of Jurgen Kurti for re-investigation: The 3 suspects should be investigated 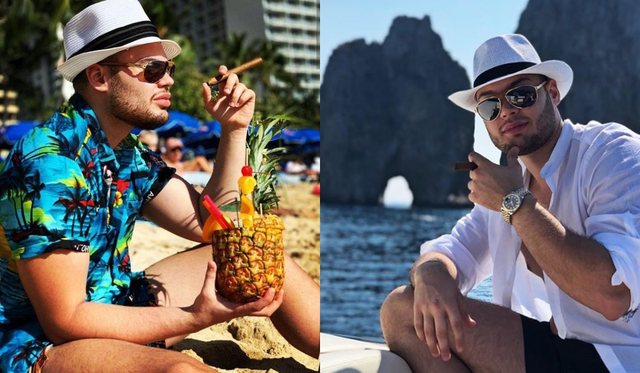 The Tirana Court of Appeal has returned to the prosecutor's office for completion of investigations the criminal file that talks about the murder of Jurgen Kurti, which happened in March 2019 in the capital.

The decision taken by judge Alma Ahmeti forces the capital's prosecutor's office to reopen the investigation for the three persons initially accused of this incident, such as Alesio Berberin, Olsi Qalliaj and Klodian Banen.

At the beginning of this investigative file, Berberi was accused by the prosecution of "Unauthorized possession of weapons", Olsi Qalliaj of "Criminal disobedience" and Klodian Bane of "Supporting the perpetrators of crime".

But these accusations against the three people have been dropped by the Tirana court, which sentenced only 23-year-old Elsi Levendi to 16 years of imprisonment as the author of the murder of Jurgen Kurti.

However, while Levendi is awaiting trial with another judge at the Court of Appeal, another panel of judges has these days considered the appeal made by the family members of Jurgen Kurti, who requested the dismissal of the prosecution's request for the dismissal of the charges against the three other accused.

Judge Ahmeti has decided that the file against the three persons will be returned for re-investigation and it will now be the prosecutor Arian Përmeti, who will conclude whether the three names above will be charged or not.

The murder of Jurgen Kurti, known in Tirana as the "Manager of Vipa" was carried out in the area of ??"Willson" square, where he fired 17 automatic bullets.

The only person convicted for this incident, Elsi Levendi, stated at the prosecutor's office that he heard gunshots and immediately took a taxi from the area where he was located.

But the prosecution insists that Elsi Levendi is the author of the crime and that other persons such as Alesio Berberi, Olsi Qalliaj and Klodian Bane cannot be proven.

However, even though a number of testimonies were taken and environmental surveillance was carried out, the investigations could not prove that the young man was killed for settling accounts, since it was suspected that he was the man who punched and killed Agim Arapi in Durrës.

For this reason, prosecutor's sources admit, the involvement of Dervis Arapi's son in the crime is ruled out.

Despite this specification, the prosecution shows in the file that no motive was found as to why Jurgen Kurti was killed.

The killer stayed in a cafe for over an hour waiting for the victim and even took pictures of the place where the young man was exercising.

Immediately after shooting Jurgen Kurti to death, the killer left in a taxi, after buying a pack of cigarettes and then got into an "Audi" driven by Qalliu./OraNews