Balkan-EU Summit in Tirana/Exile, the silent protest of the Albanians 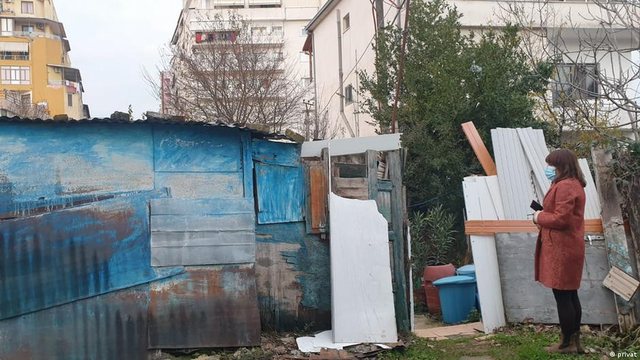 Housing barracks in Albania, where an uloke mother lives with her unemployed daughter. A collective of a bank in Tirana, in the photo one of the donors, collect money every month and bring it to them from a basket.

The heads of government of the EU and the Western Balkans meet in Albania. Tirana sees this as evidence of successful politics. But mass immigration casts a shadow over the country.

Albania's Prime Minister Edi Rama is proud that his country is hosting the EU-Western Balkans summit on Tuesday (December 6, 2022). "Albania will experience the most important event in the history of its international relations. This is an indisputable achievement," Rama boasted during a virtual conversation with journalists and citizens on Sunday. According to him, it is the result of the government's successful foreign and domestic policies.

The fact is that in foreign policy, Albania enjoys a good reputation in the EU. This was also pointed out by German President Frank-Walter Steinmeier, who visited the country last week. In his speech to the Albanian parliament, Steinmeier called Albania a "stable and reliable partner". As a member of NATO and the OSCE and as a non-permanent member of the UN Security Council, Albania "has proved for a long time internationally that it is a mature democracy", said the German President.

In the summer of 2022, Albania, together with North Macedonia, received the green light to officially open membership talks with the EU. But for Albanians, EU membership seems to be a long way off. "They themselves do not believe that the reforms required by the EU will progress so quickly and are trying to go to these countries themselves," the well-known Albanian political observer Edlira Gjoni told DW, considering the high immigration figures.

Removal of the workforce

Even Lediana Daci has decided to emigrate. The laboratory technician has booked a one-way ticket for January 3, 2023, with destination Germany. There, in the southern city of Freiburg, she can start work straight away at a public hospital. "I'm happy, but also a little worried about whether I'll be able to afford it," Lediana told DW. Both she and her partner, Bledi Voco, who works as an editor at a private television station in Tirana, have salaries above the average of Albania, which, according to Instat, is currently 510 euros per month, but the money is enough to cover some basic expenses, says Lediana.

If you are going to raise children, then it becomes very difficult. This is why the couple has been learning German for two years and have decided to emigrate, before starting a family. In addition, Bledi has also obtained a truck driver's license, in case he does not immediately find work in his profession. 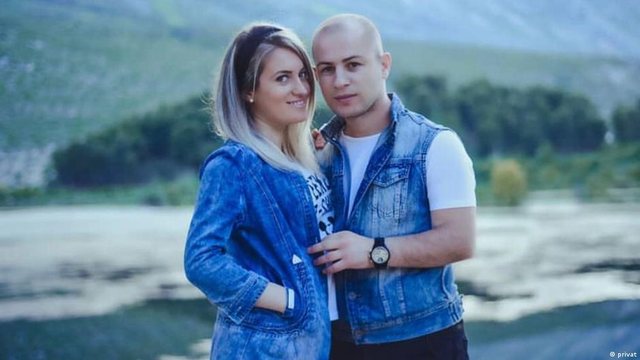 According to the current Balkan Barometer, which is published annually by the Sarajevo-based Regional Cooperation Council, an institution similar to the EU Commission, but for the Western Balkans, 78 percent of young Albanians are considering emigrating. Young Albanians are thus the first in the Balkans, in terms of the desire to emigrate, according to the Barometer. But this is also proven by the immigration statistics of recent years: According to Eurostat, EU countries have issued over 55,000 initial residence permits to Albanian citizens in 2021 alone, which was the year of the pandemic.

Extreme poverty and lack of hope

But not everyone has the opportunity to enter the EU legally. Many Albanians try their luck with irregular routes. In 2021, more than 8,000 Albanians submitted their first request for asylum in EU countries. For a number of more than double these (over 18,500), the journey ended at the EU's external border, as can be seen from the EU's migration and asylum statistics for 2021. This great desire to emigrate, not surprising, when you consider that, according to the World Bank, 22 percent of Albania's population lives below the poverty line, that is, on less than 5.5 dollars a day (5.21 euros).

Ekelejda Ania knows this extreme poverty. Every month, she collects money together with her colleagues and buys a basket of food for two families on the outskirts of Tirana. She met the families during a charity event of her company, an international bank in Tirana. "I couldn't believe my eyes when I visited the families for the first time," Enkelejda Ania told DW. "In one of the families, mother and daughter live on the mother's disability pension, that is, on nearly 100 euros per month. They live in a tin shack without heating, without windows, the windows are made of plastic. "I never believed before that there was such poverty in Albania. But this family is not the only one."

Enkelejda Ania also knows the other side of Albanian life: people who are not afraid to spend 5,000 or 10,000 euros in the bars of the capital in a single night. "It gives you a feeling of helplessness, because you know that such wealth is not possible without political protection," she says. Every progress report from the EU Commission emphasizes that Albania must take control of corruption and organized crime. before joining the EU. "However, the war only takes place under great pressure and rarely voluntarily," says political expert Edlira Gjoni.

The opposition is divided

Laboratory technician Lediana Daci does not believe that Albania will quickly get rid of corruption. "A few years ago I had hope, but now I believe that whoever comes to power, the situation will not change", she says.

Jonila Godole from the Democracy, Media and Culture Institute in Tirana, says that the responsibility for the situation does not fall only on the government, but also on the opposition. Since in 2021 former Prime Minister Sali Berisha was declared "persona non grata" by the American government, the 78-year-old has been active again in the country's politics, to "save honor". And now he is fighting for the leadership of the Democratic Party, founded by him.

For December 6, Berisha, who sees himself as a victim of a conspiracy by the so-called "Sorosian mafia", announced a large protest in the center of Tirana. He is also supported by former President Ilir Meta, and his new movement: Berisha repeatedly claims that his protest does not aim to attack the EU. Rather, he says he wanted to draw the attention of the EU leadership to the fact that the country was being run by a "corrupt mafia". "But this is not the protest of the Albanian people", says Godole. "Albanians no longer protest in the streets, they have chosen exile for a long time. It is the silent protest of the Albanians"./ DW