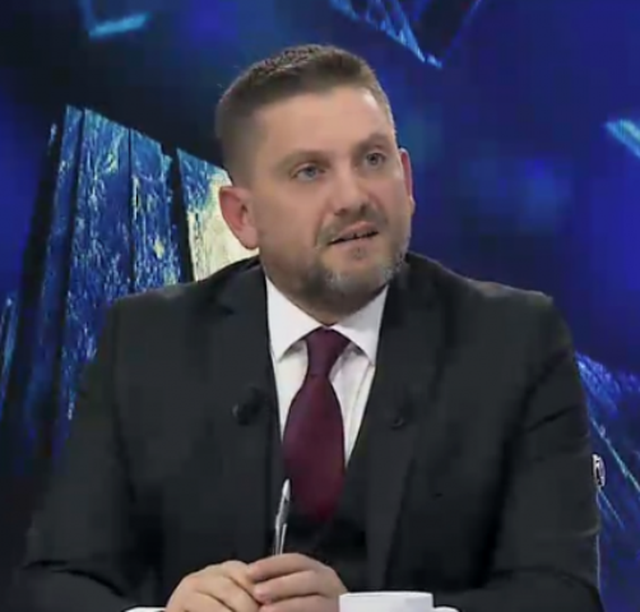 For the death, in fact the murder of Ismail Karapici, we have two important sources. The first source is the officer of the British Mission in Albania during the war Anthony Quale, who described the event in his book "Eight Hours from England" published in 1945 and the second, the American journalist Peter Lucas, in his publication about the activity of the American OSS in Albania during L.II.B, already known to the Albanian reader.

According to the testimony written by Anthony Quayle, who was the only one who heard and described this event directly from the reports of his associates after the fact, Karapici was killed in treachery. As the Englishman writes in his book, according to the analyzes and statements of the locals, the murder had happened for reasons, apparently, with the motive of stealing several dozen gold coins and informative documents that Karapici had with him at the time of departure. For his murder, always according to those who witnessed the finding of the body, the suspicions fell on the local companion of Karapici. To make matters worse, the murder was carried out behind his back and the body of the murdered man was stripped and left like that on the mountain path. But, as if that was not enough, the body of the murdered man, in addition to three bullets, had also been stabbed several times in the body,

And Peter Lucas gives a somewhat different explanation to the murder of our character. He builds the explanation of the murder based on the confession of I. Karapici's companion. And, according to this companion, the two had fallen into a surprise ambush and, in this situation, Karapici had reacted by returning fire, trying to escape, but was hit and killed. And the companion managed to hide behind the rocks until he went down to the village where he announced the incident. However, he did not give any explanation as to how, why and by whom Karapici was killed! Who was interested in this murder? Although the companion, for his part, did not accept the murder of Karapici and that he did not know who his killers were, the accusation and the mark of this murder remained on him, who was caught a month later. during an action and was tried by the Fifth Assault Brigade, sentencing him to death. But, for unknown reasons, he was not executed! Even, according to the statements of one of the members of the American mission, the murder of Karapici was ordered by the communists because they could not stand the fact that he was working with the Americans, although the latter supported the War and the Albanian Anti-Fascist Movement!

However, as he says after a cold and realistic analysis, the American Lucas most connected to Karapici, "...the withdrawal of the guards (of Dukat village) and the killing of Ismail Karapici were intended to warn me about my approach to the partisans . If that was the case, then I would make no effort to hide my assistance to the Fifth Brigade." This Brigade, at this time, was operating in the region of Vlora, right next to the area of ??Dukat, where the Allies' base was located.

Thus, was killed in the first months of 1944, I. Karapici, student for officer at the Military Academy of Artillery and Genius of Turin, in Italy, the mastermind of the unrealized assassination attempt against Mussolini, the man who had suffered nearly five years in the fascist prison of Bari, from where he was released by the American Allies of the Great World Anti-Fascist Coalition during his training in Italy. He was the very active information associate of the American OSS Mission in the area of ??Vlora, Albania. This pioneer of Albanian anti-fascism was killed, according to the official data of the time, at a very young age, only twenty-two or twenty-three years old!

The evaluations of the Englishman A. Kuajle, of the American missionaries, who worked together with him to help the Anti-Fascist War, especially the fighters of the Albanian National Army, were high and approved without any doubt. Some of these assessments were cited earlier in this article regarding the intelligence, dedication, loyalty and especially the professional skills of the experienced informant. In order not to repeat what was emphasized by the colleagues a little while ago, they are bringing in this case an assessment of the well-known Italian researcher of military history, Pietro Kro?iani, who has expressed himself regarding the Karapici case: "Ismail Karapici was a very interesting figure. . I don't understand how it is possible that he did not become a national hero in Albania!" And, indeed, beyond the act of killing this anti-fascist Albanian, it is strange that his activity remained taboo! His treatment, evaluation and recognition as an anti-fascist from the first hours, even inside the den of fascism, as early as the invasion of Albania, are extremely unjustifiable, both before and after the Nineties of the last century, even more so nowadays!

No one knows how to explain the reasons why it has never been written deeply about this special, spontaneous and interesting figure, with an intriguing story, about a young Albanian military student who openly opposed fascism under the spirit of love for the homeland and its people occupied without any justification! It is also inexplicable the fact that, for such a selfless act as that undertaken by the Albanian boy, there is no page, no article, much less any book written in Albanian, except for a few pages in the book published by the military historian, prof. Proletarian Hassan.

Beyond this prolonged silence, of course, there is a very clear explanation, which spans two periods, the first from 1945 to 1990 and the other, from after 1990 to today. But while in the first period, the explanation is found, for sure, in the fact that he, serving as part of the American military mission in Albania during the LANCSH years, was considered an "agent" or informant of the Anglo-Americans! And for a quarter of a century after 1990, why was his anti-fascist figure and activity not reviewed and re-evaluated for the benefit of the Anti-Fascist War of the Albanian people and that of the American anti-fascist allies in Albania?! This oblivion towards our character, but also of many other characters with valuable contributions to the war, has nothing to do with anything else,

Finally, I. Karapici is not an artistic character created by the fantasy of some writer. On the contrary, he is a real and historical character, documented, due to his early and rich anti-fascist and combative activity against the fascist invaders and in the interest of the freedom and liberation of the Albanian people, in a very difficult period for the fate of his.