Criminal relativization of the war in Ukraine 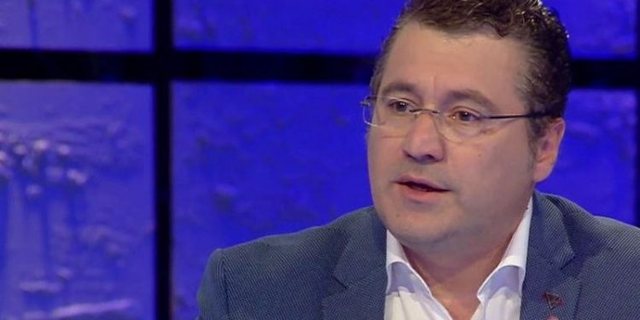 The world's most powerful states gathered a few hours ago in Bali, Indonesia in the G20 format, to review a work agenda that was dominated by the war in Ukraine. For the first time since the start of the war on February 24, China, India and Saudi Arabia agreed to put their signatures on an international declaration expressing "disapproval in the strongest terms, of Russian aggression in Ukraine and the demand for the withdrawal of complete and unconditional withdrawal of Russia from Ukrainian territory". Never before had these countries gone so far in their language to the bloody Russian invasion of Ukraine. In this sense, the Bali summit can be considered a diplomatic fiasco for Moscow, which responded to what was happening in Indonesia with a wave of missiles over Ukrainian territory.

Asked a few weeks ago by foreign journalists how he can sleep peacefully while innocent children are being killed in Ukraine, Russian Foreign Minister Lavrov gave the only cliché answer that the Russian side has been using for decades: look how many have been killed in it the past! He cited the children of Donbas who, according to him, have killed Ukrainians in the past eight years, while other officials and people with influence in Russia evoke the crimes of Westerners in Iraq, Afghanistan and Syria, as justification for Russian crimes in Ukraine.

Referring to previous precedents of wars and tragedies caused by human madness in the past is a cunning, cynical and criminal trick by all those who find justification for their barbarities in the history books. Crime is not justified by crime. If the Americans are what Putin and Lavrov describe, why do they agree to put themselves in the position of their enemies, behaving like them?!

In nine months, the Russian aggression has killed tens of thousands of civilians, destroyed cities, leveled villages, infrastructure, massacred the elderly and children, women and men, bombed hospitals and nursing homes. It has turned upside down a sovereign nation accused of getting too close to the West. With this, Russia once again showed that it never forgave independence to the Ukrainians, whom it abusively considers an ethnic, linguistic and cultural variant of its own.

For nine months, since the war in Ukraine started, a heated debate has been going on in Western countries and other parts of the world, regarding the causes, motives, authors and those responsible for what is happening in Ukraine today. In Europe and the USA, governments operate in the presence of a very critical and vigilant public opinion, but also in the presence of the media and civil society, which forcefully speak their mind. In the West, Biden, Macron and Scholz do not have the "luxury" that Vladimir Putin has in Moscow, who has turned the opposition and the media into props that do not disturb his peace or endanger his long political career.

Russia has used all its state cynicism these months to build a parallel between Kosovo and the case of Ukraine. He compared the eight-year fighting in Donbas with the tragic ethnic cleansing of Kosovo by Milosevic. He drew a parallel between what the dictator of Belgrade once did, with what the government of Kiev has done in the last decade to the Russophone population in the east of Ukraine.

This vicious logic is supported today even in pacifist and Eurosceptic circles mainly in Europe, where the precedent of Kosovo is eagerly evoked as a bargaining chip for the aggressive policy in Ukraine.

It is pointless to remind these advocates of peace at any cost with Vladimir Putin, that Kosovo constitutes a sui generis case, sanctioned as such by the International Court in 2010, which expressed in writing that the independence of Kosovo in 2007 does not constitute a violation of international law. Putting the equal sign between this authoritative legal opinion and the situation in Eastern Ukraine, is a pure abuse and a futile effort to compare what Kosovo went through under Serbia, with the situation of the Russophone populations in Donbas.

In essence, this relativizing behavior for what is happening today in Ukraine is also proof of the falsity of Russian theses that seek to justify a tragedy of gigantic proportions in the middle of Europe, clinging to history. A modern genocide that is giving a new shape not only to international relations, but that has brought the entire security system to a standstill and has put into crisis the institutions that must guarantee peace in the world.