The pan, the wheel, the cauldron and the batch of rubles 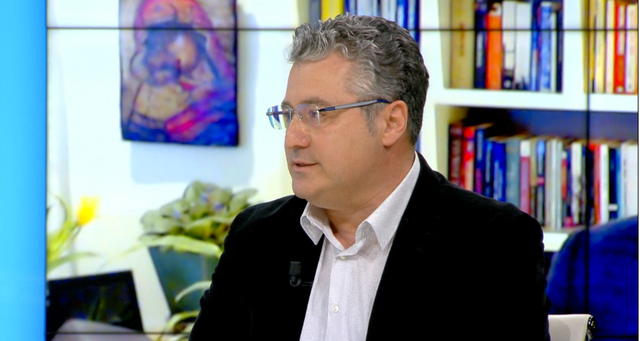 In the space of 24 hours, Edi Rama has made a strong test of the Albanian opinion, regarding his public behavior. On Wednesday, he entered a dark tunnel of swearing and insulting the opposition, which his colleague Fatmir Xhafaj called ordinary without mentioning names. And the day after, the prime minister gave a lesson in oratory and linguistic elegance in front of a panel of academics gathered for the 50th anniversary of the Spelling Congress. Two extreme states, for the same character. From the "dummies" and "ruble traders" in the Assembly, to Aleks Buda and Eqerem Çabej in the academics' plate, Edi Rama has revealed the strong duality of language and public behavior, where his long stay on the horse of politics and power has put him .

Language has always been a significant weapon in the hands of politicians. It is even more so in the hands of a maniac of spoken and written Albanian like Edi Rama. Metaphors, antitheses and strong rhetoric delivered from a physical height of almost two meters, have regularly given the prime minister a dominant position over those he has had in front of or on the side. He stood out from the crowd not only for his stature, but also for the way he behaved and what he said.

Currently, Edi Rama has a problem which is again related to the language. Or more specifically by finding a linguistic fable to attack political opponents in the spring elections. A negative slogan is required for Berisha and Meta - here is the next mission within the socialists, among whom it seems that what will be the next defining quality for the minority in the May elections has already taken shape: the ruble opposition.

Once there was Luli who was sleeping, then came Meta's pan, then the steering wheel that was looking to run the country alone and finally the media cauldron with its known and unknown characters. Edi Rama has not entered any election campaign without entrusting him with a summary slogan, a kind of stigma from those that are put on the body of a political opponent with a hot iron. While Berisha and Meta have run out of insulting epithets towards him, Edi Rama is not infrequently falling into this spiral of linguistic ugliness, without forgetting to throw the catch phrase "party of rubles" at the end of each paragraph.

When he sought power for himself, after the co-governance with the LSI, Rama had a logical reason, although partially acceptable, to tell the Albanians, give me the power, because with Meta I governed badly because of him. Even when he was making fun of the sleepy Luli and the analysts, he was still in a controversial scheme that made sense.

Are allegations of Russian funding a sufficient charge to face the other party in an electoral campaign in the ninth year of power?! Is the fable of the ruble a solid enough metaphor to sustain a vote battle? These are questions that concern Edi Rama himself today, beyond the advantage that gives him the competition against two figures like Berisha and Meta, who, although in the opposition, seem today more tired than their opponent.

The selection of the fable of the ruble for the local elections seems to be an electoral calculation that works and has more effect abroad than inside the country. Integrated with the global situation of the war in Ukraine, this accusation against the opposition, based on a concrete fact related to Basha's DP, the ruble party metaphor is more useful to show the Westerners who are Putin's friends in Tirana , than to win the municipality of Korça or Lezha.

However, where the accusations against Berisha for non grata or against Meta for corruption are already consumed as campaign theses, the history of the rubles is the only unconsumed element where the majority can be caught in the confrontation with the opposition. A distant and anemic slogan, but better than no slogan at all.

On the other hand, by identifying them as financed by Russia, Rama seems to try to connect the concrete accusations of Russian financing, with Berisha's status as undesirable for the USA and Britain, but also with Ilir Meta, who has long waved theses of his sovereignist and anti-American in the political debate. The ruble opposition looks like a refuge that Rama has identified as a common denominator for his historical friends-foes, at a time when the war in Ukraine and the May election challenge find a meeting point, however distant. Let's see how much he hit the mark!