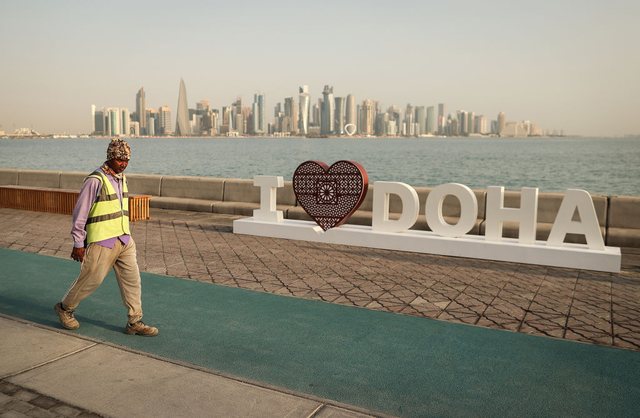 A few more days separate us from the start of the World Football Championship. This year's championship will be unlike any championship in the tournament's 92-year history.

First, it is the first FIFA World Cup to be held in November and December, instead of mid-year. What's more, this is also the biggest sporting event to take place in the Middle East – the region's first World Cup – in a conservative Muslim-majority country. For all the innovations, the 2022 World Cup has sparked a lot of discussion.

Since 2010, when FIFA, soccer's governing body, awarded Russia and Qatar the rights to stage the Soccer Championships, allegations of rights-buying have been rife.

There have been concerns about Qatari policies restricting the rights of women and LGBTQ people, as well as the treatment of blue-collar workers.

This has prompted some changes. Bloomberg reports that spectators may be allowed to stage peaceful protests, promote LGBTQ rights and even kiss in public. Doha, among other things, announced new reforms to the labor market, although a human rights group said the new laws do not prevent construction companies from exploiting workers, including on stadium projects, that are subjected to strict control.

Much has also been written about the consumption of alcoholic beverages in Qatar, which prohibits their sale in almost all restaurants, which are not part of high-end hotels or resorts. Beer will be available inside the perimeter of the stadium, but not in the stands.

There is also the issue of accommodation. How will Qatar – a country as small as Connecticut, with a population of 3 million and few hotel rooms – cope with up to 1.2 million visitors during the month-long tour?

Organizers have stated that they are on track to guarantee 13,000 rooms for the tournament, and more than 17,000 rooms are currently available. This includes purpose-built structures, tents, Airbnb-style structures and three cruise ships with nearly 5,000 cabins.

It is important to note that this tournament has been hailed as a victory for the region and that many fans will stay in nearby countries such as the United Arab Emirates and Saudi Arabia.

Matchday flights will transport fans to and from the matches, taking advantage of airlines, hotels and hospitality venues across the nations.

For example, in Dubai, part of the United Arab Emirates federation, entertainment centers are creating "fan zones" throughout the city. Officials even said that more people will come through Dubai than Qatar, due to the latter's limited capacity.

Around 200 regional flights a day, along with the fact that the small island nation has built most of the infrastructure needed to host the event, have cast doubt on the promise made by organizers 12 years ago that the tournament would be with zero emissions. The Parisian startup Greeenly has called this World Cup "the most emitting of all time".

However, the event is expected to exceed revenue targets and add billions of dollars to Qatar's economy. The tournament will begin on November 20 in Doha, where the host country will play the first match against Ecuador.