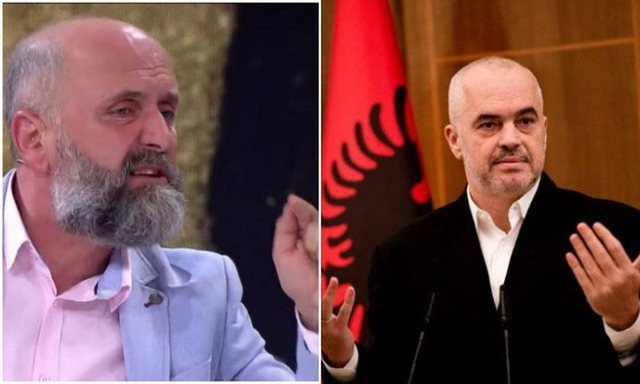 The pre-electoral tour, which Prime Minister Rama started on the eve of the local elections on May 14, is proving that the strategy of the party in power this time will also be that of stigmatizing the opponents and limiting the alternatives to the "lesser evil". The fable of Russian rubles, of national betrayal, of the anti-Western front, etc., which begins and ends with Sali Berisha, is so far the only refrain of a force that has been governing the country for 10 years. A force that seeks to remain in power not as a result of its own achievements, but always as a result of "Sali's fault".

Severing the relationship with those who voted for him and whom he has the responsibility to govern, has transformed Edi Rama and his organization into a propaganda machine that, this time, the local discourse of the "front of evil" is struggling to give it an international outfit, ranging from the conspiracies of the opposition with the Kremlin to the patriotic and sovereignist tones that tend to be manifested both in the Council of Europe and in foreign media.

This kind of political maneuver, which is turning into a key to read everything that happens in the country, is closing the main door through which the politics of a majority should pass, that of understanding the concerns of citizens and responding to these concerns. The reaction of the ruling party to the opposition protest on November 12 is sufficient as an example to understand this. None of its representatives has so far asked the most normal question; I agree, Berisha and Meta, but those tens of thousands of people who take to the streets, do they have the right to protest? What makes Albanians today, not only on the streets, but also in the polls, to be in the overwhelming majority dissatisfied with the government? Are pancakes with rubles and spies enough to fill their tables?

Today, the Socialist Party governs the country in all its municipalities. There are the mayors, there are 100 percent of the municipal councils, there is the entire pan of the central government, there is the parliament where it passes any law it wants, there is the police, there is the new justice, there are internationals and satellites in space, so there is no obstacle to realize that program for which they voted. On the eve of the elections, the four-year relationship with the voter would require that we talk about exactly this balance between promises and achievements. Moreover, as never before, local governance has been exclusively in the hands of a single political force.

The head of this force would have to face the citizens today to address their concerns. Who has prevented the local leaders from increasing the well-being of their cities, why has the 24-hour supply of drinking water not yet been resolved, how have they managed the budget of the municipalities that continue to be in debt, how did it happen that hundreds of millions of euros of urban renaissance they ended up in public cesspools and pits where frogs crawl. Who are the beneficiaries of the tenders and concessions and how has the money of the local taxpayers been spent, who has benefited from the building permits and how did it happen that the lands where construction was not allowed were covered with concrete after they were bought by government clients.

For these and many other issues, which are a direct consequence of local management from a single hand and affect the lives of citizens every day, the electoral confrontation would be necessary as a four-year contract between the elected and the voters. But listening to the country's prime minister, it seems as if the municipalities were run by Berisha and Meta according to the orders of Putin and state security. He has even found a phrase that his parrots repeat without understanding, "rubla çorba", hoping that the use of the name of one of the Serbian nationalist rock groups will shift the debate about local governance to the Eastern front. In this demarche, Edi Rama has gone so far that he is worthily competing with the famous conspirator, Alfred Cako. At the pre-election meetings, where people are waiting to hear about their problems, Rama explains how a Russian party,

This whole conspiracy, worthy of Netflix movies, is unfolding today when it's time to hold local government accountable. But Edi Rama, whose state has all its secrets in the market, instead of earthly things, has given himself a divine mission: to save us and the West from the "forces and alliances of darkness". He could have done it even simpler, just switch places with Alfred Cako. The governance would not be worse and the stories we would hear would definitely be more beautiful. /lapsi.al