Berisha could not achieve today, even what Lulzim Basha did 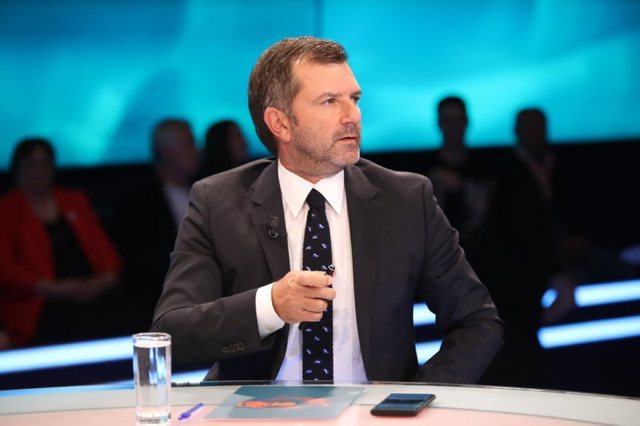 Although the protest of this November 12 was bigger and more organized than the one of July 7, it could not produce the surprise effect of the first one. On July 7, DP supporters who poured onto the boulevard achieved three significant goals.

First, they put a stamp once and for all on the dilemma, whether Berisha, even without choosing the new structures, was able to mobilize the largest opposition formation. He showed that, for better or worse, his image and spirit are those of the vast majority of the party he leads.

Secondly, she testified that before alla Yuri Kim's idiocies, to decide who should lead the opposition, the supporters of the "most pro-American people of the continent" preferred to behave as "herbivores", embracing the democratic concept of selecting leaders who they want themselves.

So, on July 7, he accomplished a great mission: he put an end to the facade oppositionism in order to bring the real "enemies" of Edi Rama back to the stage.

Unlike four months ago, the rally this time was no longer aimed at the survival of democratic balances in the country, but the dilemma of how much the real opposition, already confirmed and expanded together with the Freedom Party, would be able to challenge the regime. that has been ruling for a decade.

In this sense, neither the denunciation of Rama's thefts, nor the calls "down with monism", with which Berisha invited the many participants to cheer in chorus, nor the promise that one day the oligarchs' rule will end in jail.

Before this protest, forewarned for a long time, the question arose as to how much it would be able to crack the facade of the autocratic structure of the renaissance.

It must be admitted that either in terms of the force of violence, or in terms of the radicality of the actions, November 12 is still far from what Lulzim Basha did in 2019. When he hit the parliament and the prime minister with Molotov cocktails, the DP at that time brought out its best face. savage of a clique that suffocated its people with tear gas; when she tore up the mandates and boycotted the elections, she showed, to everyone, the continent's only monist regime.

Her sin then turned out to be that she did not have the will to finish what she started. The nightmare of the opposition then was that Lulzim Basha was never able to get married. While the current concern is that the flu virus may have affected Berisha himself.

But listening to the speech of the democratic leader during the rally, it was not difficult to distinguish that he postponed the radical path until after the May elections. But once he warned the internationals that if their votes are affected, there will be no more stability, threatening: "woe to the one who affects the elections".

So, Berisha, who for years has tried to fill everyone's mind that there cannot be free elections with Edi Rama, now he is saying that he will answer him with instability, he stole it once more on May 14. This new war, postponed for a future date, ironically resembles two drops of water with Basha's slogan that became viral on the network: "the battle has just begun".

Of course, in the face of a power corralled with the money of oligarchs, protected by gang violence and sublimated by sold media, it is not easy for any opposition to choose the radical path. But precisely for this reason, she does not have the luxury of creating illusions for her militants any more than she has the opportunity.

And this November 12, she fell into this trap. While last summer she proved that she existed, this time she could not go any further, to be outlined as a danger to the immeasurable power of Edi Rama. Its stock is still in stagnation, from which it seems that it will not come out, without being robbed once again on May 14.