Nancy Pelosi, the escape of the woman who challenged the most powerful people in the world 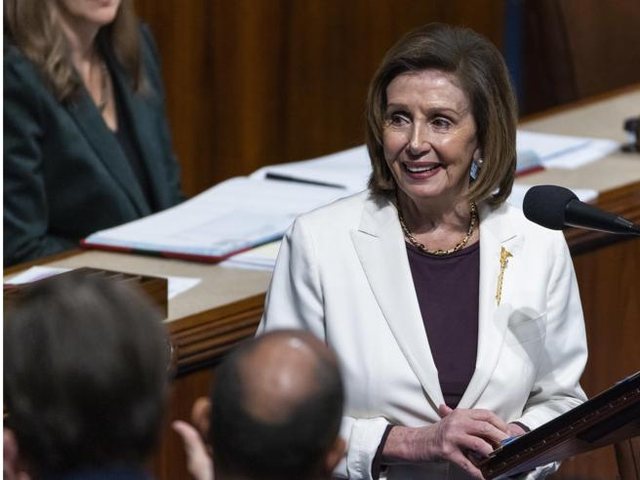 Nancy Pelosi is ending a long career of leadership in Congress, during which she became the only woman to serve in the powerful post of speaker of the United States House of Representatives, displayed special skills in securing the passage of important laws, brought unity among her fellow Democrats and challenged some of the most powerful people in the world.

Ms. Pelosi, an 82-year-old liberal from California, announced Thursday that she would step down from her House leadership role but stay on as a member to represent San Francisco, as she has done since 1987. .

Ms. Pelosi's move follows her party's loss of control of the House of Representatives to Republicans in last week's midterm elections. She demonstrated that she was not only a stable leader but also an effective lawmaker in her two terms as speaker, even as she was frequently targeted by Republicans, including former President Donald Trump.

Her Democratic allies, however, are preparing to pass the baton to New York lawmaker Hakeem Jeffries, who if approved would be the first African-American lawmaker to lead one of the major caucuses in Congress.

The No. 2 Democrat currently in the House, Democratic Majority Leader Steny Hoyer, and his endorsement of Mr. Jeffries for the party leadership post and said he too would not seek the leadership post in the next Congress.

In a statement, President Joe Biden called Ms. Pelosi "the most important speaker of the House of Representatives in our history."

Ms. Pelosi was met with cheers from her fellow Democrats as she took the podium to make the announcement. They applauded throughout her speech.

Calling the House floor "hallowed ground," Pelosi recalled her first visit to the Capitol as a child when her father was sworn in as a member of the House.

She talked about her work with three US presidents - Republican George W. Bush and Democrats Barack Obama and Mr. Biden - but did not mention Republican President Donald Trump. She alluded to the January 6, 2021 attack on the Capitol by his supporters.

"American democracy is great, but it is fragile. Many of us here have experienced that fragility, tragically in this room. And so democracy must be forever protected from the forces that want to undermine it," Ms. Pelosi said.

She also highlighted the increase in the number of women and minority lawmakers since she joined the House in 1987.

Ms Pelosi presided over the House of Representatives during two impeachment proceedings where its members voted to impeach Mr Trump - although both times the Senate ruled against impeachment - and warned of the danger she said he posed to American democracy. In 2020, Ms. Pelosi publicly tore up a copy of Mr. Trump's final State of the Union address while sitting behind him on the floor of Congress.

She played a major role in passing the policy agendas of Democratic Presidents Barack Obama and Joe Biden and in some cases blocking those of Republicans George W. Bush and Donald Trump.

Ms. Pelosi was the highest elected female politician in US history until Kamala Harris became vice president in January 2021. She embraced the historic nature of her term.

She has been targeted for years by conservatives, including when Mr Trump's supporters stormed Congress on January 6, 2021, chanting "We want Nancy" and ransacking her office.

A politically motivated man broke into her San Francisco home on Oct. 28 looking for Ms. Pelosi and attacked her 82-year-old husband Paul, who is expected to make a full recovery from a fractured skull, with a hammer.