OPEN LETTER / All the accusations against me for corruption are not valid, because they are old! 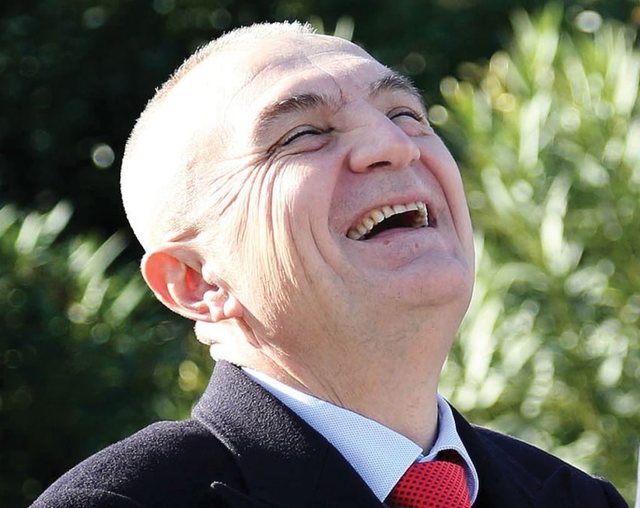 Photo by the author

Dear citizens. But also you peasants. I carefully read the article of an Austrian newspaper against me, where anonymous authors said that I had paid 700 thousand dollars to go to Donald's party and take pictures. It made me laugh. Yes I did not laugh. That I am the head of state and you do not laugh, you just smile sparingly, because my post has protocol and I can not leave a reputation by being up and down. On the contrary, in my spare time I jump around the parliamentary tables, or as I do now, I invite the citizens to take the cfurqet, kosore and sickle and fall on the enemy.

Here, by the way, I made a tactical mistake, because I forgot that citizens do not wear hats. I should have addressed the call to the villagers.

In fact, even when I was not president, I laughed before. But when it was worth it, I laughed as much as I shook my head, you know, that gas that catches you when you hear powerful jokes that start with "there was once an American, a German and an Albanian…". That when you do a job, you have to do it right.

Now back to the dollars. It is a shame for a Western newspaper to deal with old accusations. Charges that carry naphthalene wind. Brisida also said in the show on Fevzua, "oh black dot," he said, "these accusations are so old that I remember that I made it to Likes personally, when I was at the tax office. I discovered this bill and told Edith, we caught Liken mat. Beat Edi told me, but carefully. Do you understand how old this issue is? ”

Good girl Brisi, agile. He notices the old accusations an hour away.

Let's then say that Mona has had her mustache and braces removed with surgery, and has puffed her eyebrows with dirty money. If the money was dirty, it would be full of infections, gentlemen. Forgive me, forgive me, forgive me for a minute to finish the thought. Are there doctors in this country besides the giant Doctor? The owl also knows that dirty money should be disinfected two or three times with granosan before any botox or fat removal!

Yes, they are missing and fantasy, sir. 700 thousand took me to Donald, 700 thousand took me to the video of the desolate Priest. But I ask you: If I wanted to erase the traces, would not I have changed the figure? Without let yes, they went and manipulated the voice as well. Do you know what I actually said to my minister? I told him, I have told you 700 thousand times, to work clean and with integrity, do it, why not do it, when will you do it? No worries, he said, to take a fresh look at the law on tenders. This is the truth.

Anyway, you know. I am not impressed by the old accusations. Think, they have alluded that I have made secret coups with the Doctor since the 90s. That I have a finger in the theft of state treasury gold. And who, since I was prime minister, I set up the special anti-corruption directorate and I told the director, listen here, oh find me corruption and oh tell him from my side, that I will cut his bin, I will tear him to pieces to get their brains around. Say I will take you back to the world, to the Cayman Islands, to Cyprus, to Africa, to London, to Prague! The director was actually a loyal official: Your message will be delivered on the spot, he told me. And the cart took him. Even now that I am writing these lines with a copying pencil, it is working the same, tirelessly.

I have been accused of taking a bath for the cat. Another old charge. Yes these are ridiculous sir, these have no facts. They said there was a video report on this, Mona had done it with Sona. But where is this video? It does not exist. Why do I need to make a special toilet for the cat, when she has her own house, her own cat?

We have idealized the western media, we are also a little to blame. But let the Albanians know that even the western media are bought and sold. I do not know how much this Austrian newspaper was bought, but a serious article should also get the opinion of the accused. No one from Vienna knocked on my door to tell me, oh giant, so-and-so work. I would have put forward irrefutable facts. Excuse me for a second. Did those who attack me have 100 thousand facts? 700 thousand I would have offered them, even a million facts, not to say that I am obsessed with the seven.

I am closing this letter by saying once again to the public, but also to the private one, that all the accusations against me are old. Do not leave a name for yourself with old accusations. Find new things to do that I will do in the future, not just what I have been doing since. This would be exactly investigative journalism.

Note: The patronage is a satirical column. Any coincidence with real events is intentional.