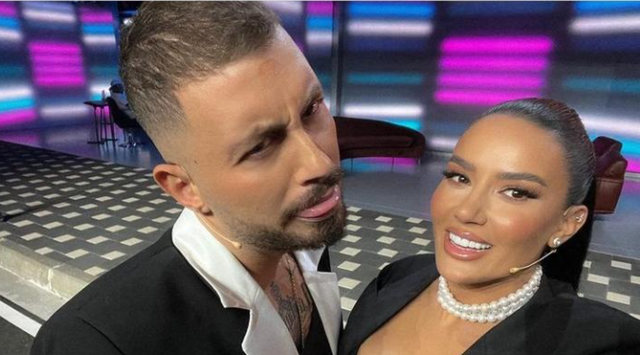 Bora Zemani and Donald Veshaj have finally publicly confirmed their reunion with each other.

It was the moderator who posted a photo on social networks where she appears next to Donald. "Let us dance" writes Bora next to the photo, accompanying it with some face emojis with hearts, while Donald also commented on the post with the same emoji.

As you can see from the photo, the moderator seems to be in the studio of the show "Let me talk", where apparently the actor's girlfriend is invited since the first night.

The duo is rumored to host the dance show "Dance With The Star" together, which starts on October 7.

Bora and Donaldi are the most talked about showbiz vips recently, after all the events that happened in "Big Brother VIP", especially after the relationship the actor had inside the house with the singer Beatrix Ramosaj. But after exiting the format, Donald broke up with her to return to "old love", causing a lot of noise.