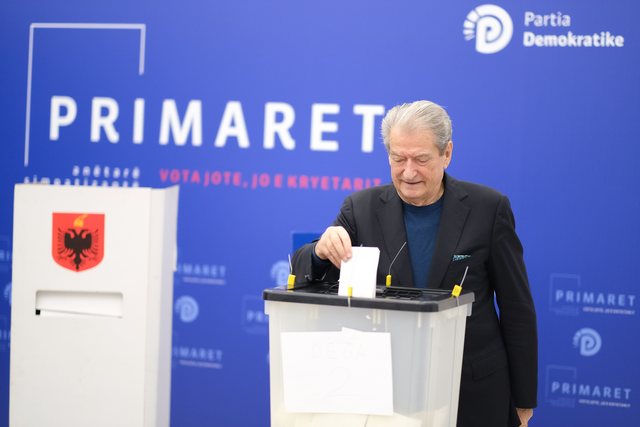 Note: Sorosians, servile, corrupt, sold and bought! These were some of the words uttered by the candidates who lost in the primaries of the Democratic Party. The accusations were not directed at the voters, sympathizers and membership, but at their rivals.

Many cast doubt on the names on the list, even Shemsi Prençi published photos from Kamza's list, where socialists were also included in the votes.

These were what were denounced by the candidates publicly through social networks or the media, and they were only the tip of the iceberg. The phenomenon of voting more than once spread widely in all branches, family votes and lists of names with people who have passed away, or who until recently were known as opponents of the DP.

This has happened almost everywhere. The inflated list of more than 50,000 voters was fictitious. There is a difference of almost 10 thousand more votes compared to the number of those who held the referendum for the dismissal of Lulzim Basha, or the election of Sali Berisha.

They explained the difference with the vote of sympathizers. Many were registered, but hardly all of them showed up at the polling stations. Sympathizers is also the part that divided the opponents. Those who lost in the election are looking for their full list.

However, today in DP no one is able to separate the sympathizers from the membership, and to this tangle with the voters is added the overlapping of the inflated membership list of Lulzim Basha with the corrected membership of Sali Berisha.

Besides the lists, the result in some units is also somewhat funny. As an example, in Shkodër Bardh Spahia won with 99 percent of the membership votes. In other areas, the hand was restrained and the winners were announced below 90 percent.

These are the elements that raise reasonable doubts that the primaries, more than elections for mayors, were a political spectacle that Sali Berisha used to create the idea that he is allowing competition and free voting within the party.

What reinforces this doubt is the list of winning candidates. Today, neither the Democrats nor other citizens are able to point to an area where there was a contest and a surprise name was chosen as the winner.

The only surprise can be considered to some extent Pogradeci, where the traditional leader of the Democratic Party in this branch won with 2 more votes. Others did not even question the victory, suggesting that the winners were predetermined.