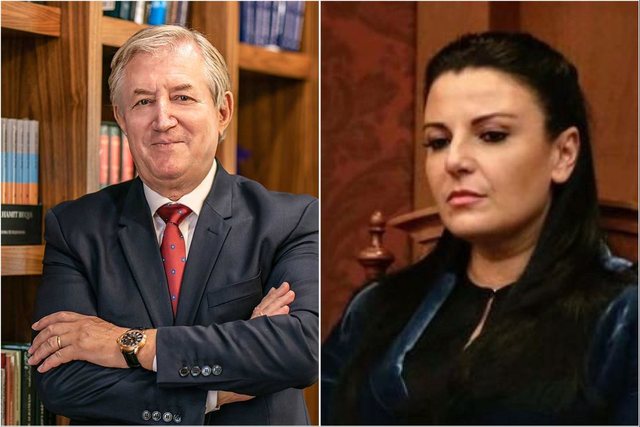 Irfan Hysenbelliu, the owner of the Prestige Resort that was blown up with firecrackers this Sunday afternoon in Durrës, does not only blame Prime Minister Edi Rama for the collapse.

The businessman has 'excused' the president of IKMT, Dallandyshe Bici, but pointed the finger of co-authorship at Belinda Balluku, Rama's deputy in the government cabinet. The reason, according to him, was the denunciation that his media made of corrupt affairs in infrastructure and energy, the two sectors headed by Balluku.

"I feel sorry for Dallandyshe Bici, who knows me very well and we often spoke on the phone. Seeing that the media group denounces corruption, PPPs, infrastructure, energy every day, this action is coordinated between Mrs. Balluku and Rama. We have information that is close to each other to organize this action", stated Hysenbelliu in a telephone response for his television.

In the same statement, he says that Belinda Balluku was very diligent to carry out the demolition, while Rama only signed at the end.

"I want to say one thing about Balluk, that she was so passionate about all the institutions she has. Rama signs last. He has captured every kind of justice, the judges are terrorized", declares Hysenbelliu.

70 kilograms of tritol were used to blow up the Prestige Resort on the coast of Kavaja. The government says that there was no permit, while Hysenbelliu declares that Rama signed the permit in 2016.