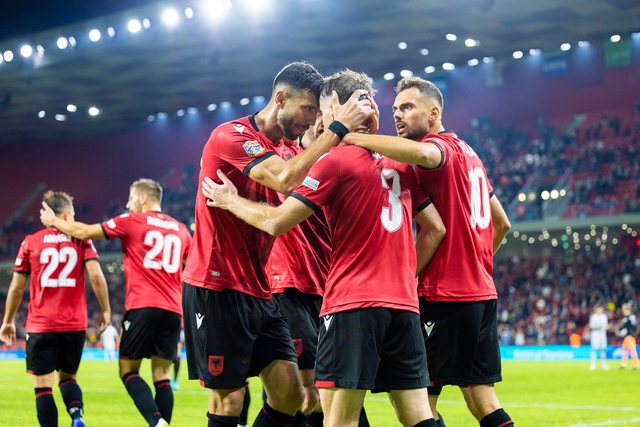 Disappointing Albania in "Air Albania". The Reds played with one man more for almost the entire game and did very little to win against the Icelanders and although we led for minutes, they were punished in the 7th and final minute of extra time, being held to a 1-1 draw and remaining last in the group.

The Reds start the challenge well and are helped by the VAR, which signals a red card for the Icelandic defender in the 8th minute, trying to make the challenge easy for us, but in fact it didn't turn out that way at all.

Edi Reja continued to insist on defending with 5, despite the fact that the opponent attacked with only one player, while the Reds and Blacks struggled quite a bit to find the first shot on goal, which came precisely in the 35th minute with Lenjani, who headed in correctly and scored the only goal of the challenge.

The second half offers a switched off Albania, which is not ignited even by Bajram's personal attempts, while Iceland comes close to the equalizing goal several times with a counterattack, but Strakosha does a good job between the posts.

Reja's substitutions are late, after the 70th minute and some explosions of Broja kindle the enthusiasm, but very soon the fear of a draw begins to be felt and the team retreats and gives ground.

And exactly what the fans were afraid of, happened in the last seconds of the game.

In the 96th minute of the match, when it was thought that everything was over, the friends find the equalizer with Anderson, returning the whistles to Air Albania and shaking the bench of Rejas, which has not found a win for almost 10 games.

With the closing of the matches in the 2nd group of League B, Albania ranks third with 2 points, leaving only Russia disqualified due to the war in Ukraine.