How is it possible that there is no press freedom in Albania?! 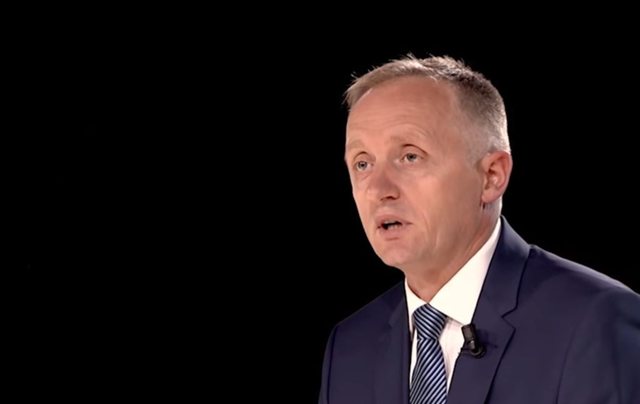 This question seems rhetorical if you refer to the TV shows where the government becomes a jele from morning to evening, from Monday to Monday (with a short break, on the weekend) and from one station to another.

"To find out who rules over you, just find out who you are not allowed to criticize." - this statement, wrongly attributed to Voltaire, does not apply to the case of Albania. The man who is supposed to control everything is the Prime Minister.

How is it possible to worsen the freedom of the press when for the Prime Minister in 10 words, 8 are critical, 1 is neutral and one is an insult?

Are critical voices in Albania and international reports in vain, or is there something wrong with the paradox that the government is insulted from morning to night and journalists complain about media freedom.

Truth, like proverbs in this case, has two sides. As for debate, opinion, gossip and coffee - the government has lost the battle. It is even (self) delivered. He doesn't go to televised debates since...the day he came to power. The debate is done with "dummies". Opinionists/analysts/commentators championing the government's cause (who are in the minority and should be commended for their courage) and critics and detractors of the government on the other side.

In general, the culture of brawling, high tone, lack of argument, (sometimes) lack of logic and lack of facts prevails in the debates. The debate is not based on facts and arguments, but flows into the hole opened by the question: "What do you think about this matter?"

Debates are generally seasoned commentators and there are very few journalists. Unfortunately, even journalists, when invited, want to present themselves as commentators. Two hours of debate are over and Konica's question: "What came out of this?", is not easily answered.

In a case unlike any other country, every night in prime time, in the most precious television time, you no longer see movies, entertainment programs, sports, documentaries, but only "debates".

The true test of journalism and freedom of the press is not "debates", but critical/investigative journalism. Here the government comes and tightens the flow and control of information and moreover makes the news itself.

How is it possible that in different television stations the news resembles "sheep that a shepherd shears?". It is news produced by the government.

Journalists no longer have a monopoly on news production. News today is produced by anyone who has a desire and at least a mobile phone in hand. The problem is that this government-produced news has no label. The public does not know that behind these propaganda news - it is not the journalists. (The most obvious case is the elections. The most important event for a country is not reported by the media, but by the political parties.)

To do good journalism you need people, you need time and facts/documents.

In September 2014, a very good law on the right to inform the public with official documents was adopted. But its implementation has been deteriorating.

In order to have freedom of the press, it is not enough for the government to be more transparent and implement the law, nor is it enough for good political will. Freedom of the media is the freedom that allows the journalist to write and publish articles that he deems to be of interest to the public - without thinking that he is affecting the interests of the government or even the owner.

When evaluating the media freedom of a country, dozens of parameters are taken into consideration - from the legislation, the behavior of the authorities, the media market, the advertising market, the distribution of advertisements, the public broadcaster, access to information, the Internet, social media, access to the profession, ( author) censorship, working conditions, security, contracts, quality of the journalistic product, editorial independence, media ownership, transparency on media ownership, the support enjoyed by the media from other actors... the judiciary, etc. etc.

If the freedom of the media was measured by the question: Are there critical debates against the government, Albania gets 10 stars. As if the question were: Do journalists have access to information and to officials, the grade would be four out of six.

Freedom of expression (and here I believe we deserve maximum credit) is what we hear from commentators and debaters from January to December (with a short break in August) But freedom of the media (this derivative of freedom of expression) means that the journalist receive, process and distribute information without barriers, without restrictions, without (self) censorship, without control...

Therefore, the one who says that he has freedom of expression, is not only right, but also full of arguments and facts. However, it does not take many facts and arguments to show that the freedom of the media is limited, compromised and undermined.