The business that is taking over the Albanian girls, the suffering of women who marry fictitiously in exchange for money (VIDEO) 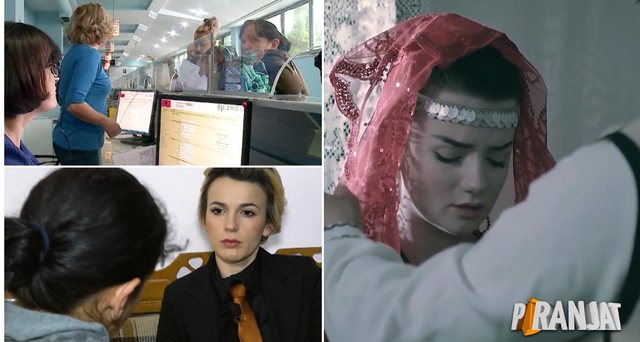 The business that is taking over Albanian girls, the suffering of women who are fictitiously married in exchange for money

The show "Piranhas" has addressed this Sunday a disturbing topic, such as fictitious marriages, which apparently has turned into a kind of business.

But what is becoming more worrying are fictitious marriages, where people with criminal records in European countries return to Albania and through third parties find a wife for "letters" against a payment ranging from 50-100 thousand ALL Young.

At first glance, it seems that both parties benefit, including the bride who sells her surname, but also the "groom" who has managed to throw the system at him, since with a new passport the expulsion no longer disrupts any work for him to live in any country. of the EU.

The journalist of 'Piranja' has gone to the south of Albania, bringing us the real picture of what is happening.

The lady who made a fictitious marriage from which she benefited 1,000 euros, now everything has turned into a boomerang, as she is having problems with the divorce court.

The new "bride" who has a child with her cohabitant, is unable to register the son with the surname of his biological father, as the court recognizes him as the child of the man whom the young woman married only to given her last name, so that the latter could escape expulsion.

As she herself confesses, the amount of 1,000 euros she received for the fictitious marriage is very small compared to what she will have to pay to acknowledge the paternity of her child to her biological father, who is also her cohabitant.

But the case of this lady is not the only one, since in many areas of Albania fictitious marriages have already turned into a business, and of course the real victims of all that is happening are women, who often undertake such legal actions that reach up to marriage because you need money.

Lawyers and experts on civil rights say to "Piranjat" that often people who pay to get a woman's surname are contingents of crime in EU countries.