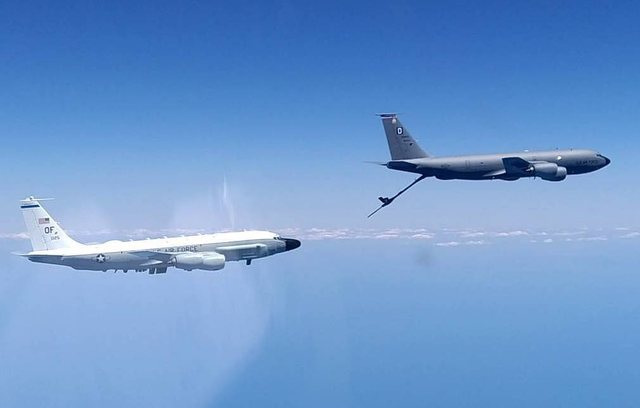 American F-22 fighter jets forced the departure of the second Russian aircraft after entering airspace, a Pentagon official told Voice of America. In both cases, the U.S. official said, the same type of spy plane was involved.

An air defence identification zone extends beyond a state's airspace, to include an area in which a country tries to identify, locate and control aircraft for the purpose of protecting national security.

"We are willing to use a range of counter-action options in defence of North America and Arctic sovereignty," the NORAD post read.

This is the first reported incident for Russian military aircraft near Alaska's airspace in 2022, but in recent years such incidents have become commonplace.

During 2020 there were 14 cases of russian military aircraft tracking near the Alaska air defense identification zone, the highest level in recent years. Six such incidents were only marked within a month.

In February, Russia began a large-scale aggression against Ukraine.

Speaking to Voice of America earlier this year, Senator Dan Sullivan of the state of Alaska said that over the past few years the U.S. military has had to use more aircraft to disembark Russian military aircraft, perhaps more than any other time since the mid-1980s.