The storm that awaits Meloni, as he is expected to take the lead of Italy 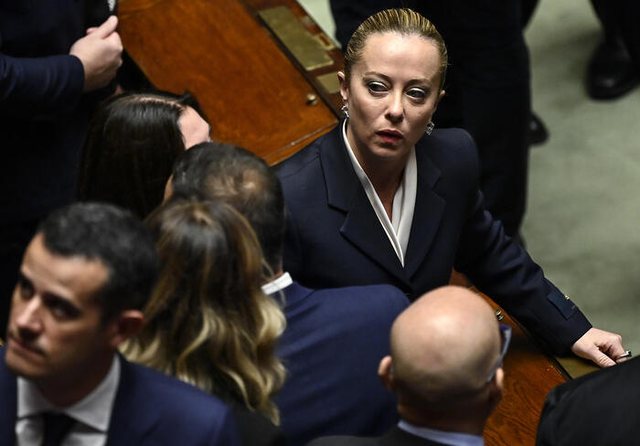 By mid-summer, Italian ceramics company Saxa Gres was on a high. It had record sales in the first half of the year, 50 million euros, up from 43 million euros for the whole of 2021, as demand for its cobblestones and artificial stone paving slabs increased in the wake of the post-coronavirus construction recovery.

But in July, Francesco Borgomeo, the company's president, closed three of its furnaces and laid off 500 workers after rising gas prices made production economically unsustainable. "I had no choice," he said. "I had to protect the company. It is impossible to produce like this. I'm waiting for the storm to pass and then we'll reopen.”

Saxa Gres' difficulties are symptomatic of deepening concern among Italian manufacturers in energy-intensive industries such as ceramics, paper, glass and metal, many of which have also slowed or suspended production. Their plight highlights the daunting task facing Italian Prime Minister-in-waiting Giorgia Meloni as she prepares to lead the country's most right-wing government since World War II.

President Sergio Mattarella is expected to formally ask her to take the job and form a government in the coming days as Italy faces a looming recession, with rising energy prices eroding corporate profits and squeezing household income.

For Meloni, and whoever she recruits as finance minister, will be the challenge of maintaining the stability of Italy's public finances and keeping public debt - currently 150 percent of GDP, the highest of any major economy of the eurozone – on a downward trajectory, even as Italians clamor for relief from spiraling spending.

"The new government comes in at a bad time," said Lucrezia Reichlin, a professor of economics at the London Business School. "There are a lot of clouds on the horizon and not much to be optimistic about."

The IMF warned last week that Italy is heading for recession. The IMF predicted that its economy will shrink by 0.2 percent next year. The Bank of Italy has predicted marginal growth in 2023 of 0.3 percent with inflation of 6 percent. But it warned of a possible contraction of 1.5 percent and inflation of 9 percent if Russia cuts all energy supplies to Europe.

Even under current conditions, some banks are already predicting a deeper recession for Italy. This country depends on gas for about 50 percent of its electricity production.

"It will be extremely difficult," said Lorenzo Codogno, former director general of the Italian treasury department. "The country is going through a significant slowdown, maybe a recession. And there is a massive squeeze on incomes because of the cost of living crisis.”

Meloni's Brothers of Italy party, which has so far been in opposition since its formation a decade ago, has few obvious candidates for finance minister to lead Italy through the turmoil.

Instead, it had sought a respected technocrat to secure the markets and the European Central Bank. This is because Italy's public finances must be in competent hands. But so far those Meloni has tried to recruit, such as ECB director Fabio Panetta, have been reluctant.

Speculation is mounting that she will turn to Giancarlo Giorgetti. This is a senior member of Matteo Salvini's populist League. He served as economic development minister in Draghi's government and is seen as one of the party's most moderate, pro-European figures.

Meloni said last week that she considered Giorgetti an "excellent" person for the job, and he has shown a willingness to take it if pushed a little. Whoever gets the portfolio is going to be in for a tough time. "It's a very hot potato," Codogno said.

Ahead of September's election, Meloni - who once slammed the "big financial speculators" who she said wanted to turn Italians into "slaves" - now repeatedly emphasized the importance of fiscal prudence as she sought to signal her credibility to Italian bond investors.

However, since her election victory, the situation is clear for Meloni. She has acknowledged the need to provide "concrete help" to families and businesses struggling with rising costs - one of the main concerns of Italians, according to polls.

Ludovico Sapio, European economist at Barclays, said the new government would have to "find a balance between prioritizing growth and prioritizing fiscal prudence" as it weighed whether to extend measures adopted by Draghi's government to protect consumers from increase in energy prices or to fulfill election campaign promises for tax cuts.

"Given the circumstances, energy mitigation measures would be welcome. But it doesn't look like Italy can afford a package of the size we're seeing in the UK and Germany,” Sapio said. "They will have to make a political choice not to include measures that could be seen as controversial or fiscally irresponsible."

Italy's options are complicated by efforts by central banks around the world to fight inflation.

"Monetary policy has made markets highly sensitive to fiscal space and debt sustainability concerns. It is natural for markets to be concerned about the sustainability profile. Or for credit risk, for highly indebted countries." Sapio said.

Codogno said raising the money for any significant economic support for struggling households and businesses will be challenging unless the EU is willing to finance such measures with joint borrowing, similar to its Covid recovery fund. , of which Italy will be the biggest recipient.

The head of ceramics company Borgomeo is also seeking relief from Brussels. This is in the hope that the EU will finally agree on a price cap for natural gas. Without joint EU action, he warned, Italy will stagnate.

"If they don't limit gas prices, especially in Italy, every activity will stop. There will be a power outage. It will be a social and economic disaster." This is what the boss of the Borgomeo ceramics company said.

For Meloni, the situation is not easy at all.