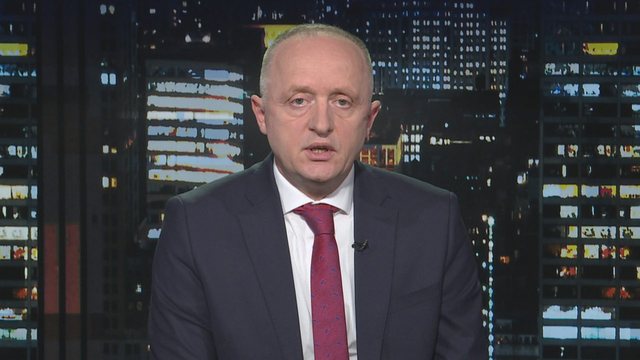 Investigations into illegal constructions in Skënderbej Square are at an advanced stage and although the case is very complex, the prosecutors are convinced that the perpetrators will soon be brought to justice.

"The fact that the government just awarded several million euro contracts to one of the builders, the main accused, is an essential argument that he is innocent. We are happy that he has not taken any action in court to seek compensation. This clarification from the government led us to mobilize our human resources and not leave anyone off the track of the investigation," said a prosecutor on the condition of anonymity.

The real purpose of constructions without permission was not simply a few million euros more. This argument falls apart, because all crooks have had and have the opportunity to receive hundreds of millions of euros from public contracts - said an economics journalist known for her expertise in the construction and real-estate market.

"The main goal has been to discredit the government and therefore the Albanian government itself - said a journalist known for critical reports on the government. With these illegal constructions, the critical journalist continues, it is intended to anger the most popular architectural studios in Europe that are decorating Tirana with towers. Yes, the investigators have already gone into the case thoroughly. The main track is the Russian track. It is known that the Russians invest heavily in hybrid warfare and spare no expense in social networks. Their ultimate goal is instability. Because they are not succeeding on the Ukrainian front, they have returned to the Balkans.

It is suspected that the Russian agency in cooperation with the Iranian agency wants to sow discontent among the people by spreading completely false slogans on social networks. With special care, the memes that satirize the government have been inventoried: "when you don't control Skanderbeg Square, how will you control Hasi Square", or "The government is on its knees before the oligarchs", "Prison is for the poor", etc., etc.

Willingly or not, my sources point out, the opposition is the main beneficiary of this situation - the journalist critical of the government concluded his report.

Agents of the judicial police, after an investigation of several weeks, were able to identify the persons responsible for the construction of floors without permission. The file will go to court in a few days. Prosecutors already have ample evidence of the conspiracy. Investigators have followed the theory of exclusion to get to the culprits of this unprecedented situation.

The builders were dismissed because the government itself within 24 hours came to the conclusion that they are innocent and were given other projects.

IKMT inspectors have been busy demolishing illegal swimming pools on the coast.

The municipal police did not take a breath for a minute, imposing fines on vehicles on the streets and alleys of the neighborhoods.

The state police have been busy because two shifts are guarding the wanted persons.

Patronageists are excused that "unauthorized constructions" are not on the list of tasks they must perform.

Despite the long list of exceptions, the prosecutors managed to find those responsible for the illegal constructions. Just as the important thing is hidden in the most visible place, the culprits of illegal constructions have been visible to everyone, but no one thought about them. Who would have thought that the guards of the facilities would be involved in the conspiracy

"They were all interrogated and there is a common characteristic which is negligence in the performance of duty.

All the guards have attached to their place of work large notice boards giving detailed information about the towers. Such as building permit, start date, end date, number of floors above and below ground, etc.

"How is it possible that they knew exactly the number of floors the towers should have and did not notify anyone. Neither the person in charge of the works, nor the subcontractors, nor the buyers of the floors without a permit, nor any other institution, including the inspectorate, the police, line ministries, etc."

The guards are being investigated for having violated Article 248 of the criminal code (abuse of duty). - concluded a source of the prosecution.

"The guards should consider themselves lucky, because in the criminal code of Albania, there is no article for high treason against the motherland, or for "espionage" - said a lawyer known for his predictions regarding the large arrests that take place in Albania.

It is now the court's turn to show that in this country NOBODY is above the law!