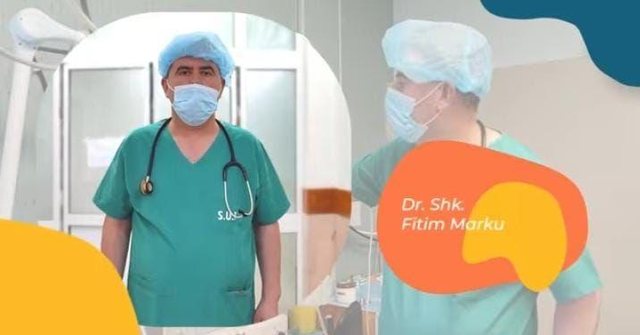 Doctor Fitim Marku, his colleague and a nurse from the Trauma Hospital in Tirana, who took 200 Euros from patients in exchange for performing the scanner, are not an honor for Albanian medicine. But more than this, what is more dishonest and shameful is that the corrupt politicians in Albania are finding nothing to do.

SPAK is flooded with files. In the district prosecutor's offices, files are filled with denunciations, facts and data, while the perception of corruption and impunity in Albania is decreasing to the levels before the start of the justice reform.

Despite this panorama, on Friday we learned from the police that they have uncovered a corruption scheme in what we still call the Military Hospital. Of course, there is no place here to discuss tolerating those doctors who steal patients by taking money from their hands for a job for which the state pays them a salary. However, the justice that society expects to be delivered in this country is neither this "hit" with the value of 200 Euros of a scanner, nor the one with a fish crate that was seized from a deputy minister in July of last year.

Let's imagine for a moment that instead of that green-uniformed resuscitator who just came out of the scanning room and was handcuffed by two policemen in black hoods, it was a corrupt politician, MP, minister or director. Let's imagine that the police infiltrator had caught this politician or director red-handed with a bag of billions of lek that he was taking to the state office or to another environment anywhere after the completion of a tender.

Let's imagine that a politician or a corrupt and money-grubbed director came out of his office with handcuffs in his hands and got into a police car, filmed by cameras "random" or not, and this whole spectacle was broadcast by all television stations, while this video on YouTube would reach viewing records. Let's imagine for a moment that this politician, minister or corrupt director, until the moment of his arrest, was known as a man of weight, with power, who had also received votes, who swayed and shook around the studio as if he was being pampered by journalists.

That he was proud of his ideas and concepts for democracy, for the government's efforts to join the EU, for the fight against corruption and with his political battles, he was so confident in what he did and had the conviction that he did not offend anyone, not even the law even. Let's imagine that this very corrupt and certain grain was discovered by a spectacular police action that he had received a bag of money. This would be an arrest. This would make us think that the new justice system has really started its work.

This would be a triumph of the law against these bastards who steal openly and do not care at all about the new justice that they have found their side. Any panorama of doctors and nurses being handcuffed with "modern methods" is simply bad luck to whom the pencil fell. Corruption and abuse in this country is never fought like this case. Almost nobody believes this "spectacular operation". After a few days, even these types of 200 Euro fish will be released.

After a few days, the scanner and the corrupt people around him will again try to "drop" something and the cash on hand will continue the tradition. After a few days, this type of petty corruption will "move" again through hospitals and health centers. But why did we believe in the new justice system with new lawyers and new salaries? No and no. Until the prosecutors, judges and executors of their orders, the policemen, will not arrest the megathieves of yesterday and the megathieves of today, justice will receive the stamp of failure.

It is ironic, but recently in Tirana there is a new phrase circulating in Tirana regarding the new justice: Every corrupt politician "feeds" with the money obtained from corruption a corrupt prosecutor or judge, who may need it one day.